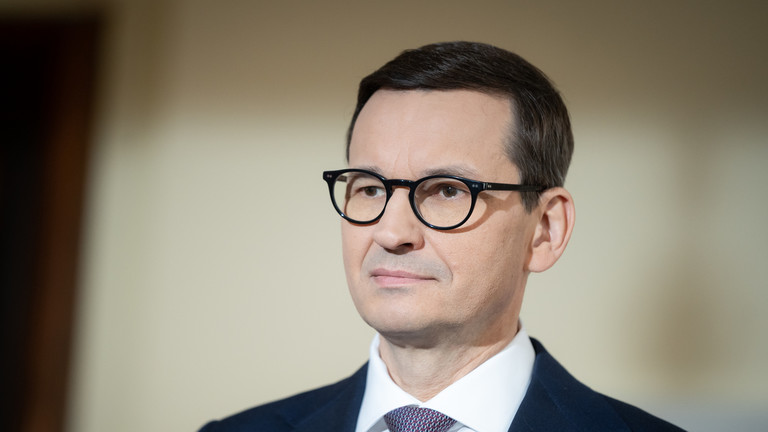 What was once called Russophobia has now become mainstream in Poland, Prime Minister Mateusz Morawiecki said during a press conference on Wednesday.

The PM claims that in light of the situation in Ukraine, Poland has set “some standards” when it comes to anti-Russian sentiment.

“Ladies and Gentlemen, in the context of this terrible event which is the war in Ukraine, Poland sets some standards, and what was previously called Russophobia is now mainstream, it is already accepted as a reality,” Morawiecki said.

The statement came as the PM announced Poland’s decision to cut all Russian energy imports by the end of the year, describing it as “the most radical plan in Europe” and encouraging other EU nations to follow suit.

Poland is set to end all Russian oil and gas imports by the end of 2022, and plans to impose a complete embargo on Russian coal in April or May at the latest.

The move was announced in light of the ongoing military conflict in Ukraine, as Poland accuses Russia of using its energy resources as blackmail against European nations.

The PM has called for the EU to impose a tax on Russian raw materials, arguing that money from oil and gas exports is “fueling Russia’s war machine” and should be stopped.

Moscow attacked the neighboring state in late February, following Ukraine’s failure to implement the terms of the Minsk agreements signed in 2014, and Russia’s eventual recognition of the Donbass republics in Donetsk and Lugansk. The German and French brokered Minsk Protocol was designed to regularize the status of the regions within the Ukrainian state.

A number of countries around the world have since imposed severe sanctions against Russia. The US, EU, and their allies have cut off the country from their financial systems, limited dollar and euro transactions, and froze roughly $300 billion in Russian forex reserves abroad, among other measures.

In response, Russia is now demanding that “unfriendly” European nations pay for gas using rubles – a demand that the G7 countries and other buyers which are still heavily reliant on Russian energy have rejected. Nevertheless, Russia says it will not be giving away gas for free, and has given the countries until March 31 to begin switching to payment in rubles.