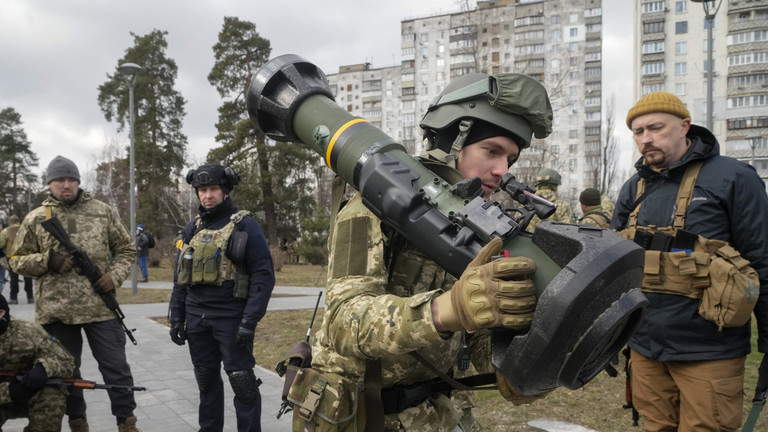 UK Prime Minister Boris Johnson allegedly told his cabinet on Tuesday that he wants to provide Ukraine with “more lethal” military aid to help the country repel the Russian attack, The Times reported on Wednesday, citing a government source.

Western countries have been urgently supplying Ukraine with weapons after Moscow launched its military campaign on February 24. Kiev, however, has repeatedly asked for more aid, arguing that the current level of support is not enough.

Admiral Tony Radakin, the chief of the Defense Staff, was said to have stated at the same meeting that the UK was moving to a “new phase” of its support for Ukraine.

According to the report, Boris Johnson did not specify what weapons he had in mind. A defense source told the outlet that Ukraine needs “longer-range deep fires,” including heavy artillery.

The British Army’s AS-90 self-propelled guns were described as one option, but the source noted that they were old systems, due to be replaced in 2026.

The Times said the prime minister was also impressed with Kiev’s use of the Turkish-made Bayraktar TB2 attack drones, and was “keen for the US to provide Ukraine with anti-ship missiles and more advanced air defense systems.”

Last week, Johnson promised an additional 6,000 anti-tank and “high explosive” missiles to Kiev. Ukrainian President Volodymyr Zelensky, however, asked NATO for “one percent” of its tanks and aircraft. He also repeatedly urged the US-led bloc to set up a no-fly zone over Ukraine, meaning that Western powers would have to shoot down Russian warplanes. NATO declined the request, fearing an open war with Moscow.

Moscow attacked Ukraine in late February, following a seven-year standoff over Kiev’s failure to implement the terms of the Minsk agreements, and Russia’s eventual recognition of the Donbass republics in Donetsk and Lugansk. The German- and French-brokered Minsk Protocol was designed to regularize the status of the regions within the Ukrainian state.

Russia has now demanded that Ukraine officially declare itself a neutral country that will never join NATO. Kiev says the Russian offensive was completely unprovoked and has denied claims it was planning to retake the two republics by force.