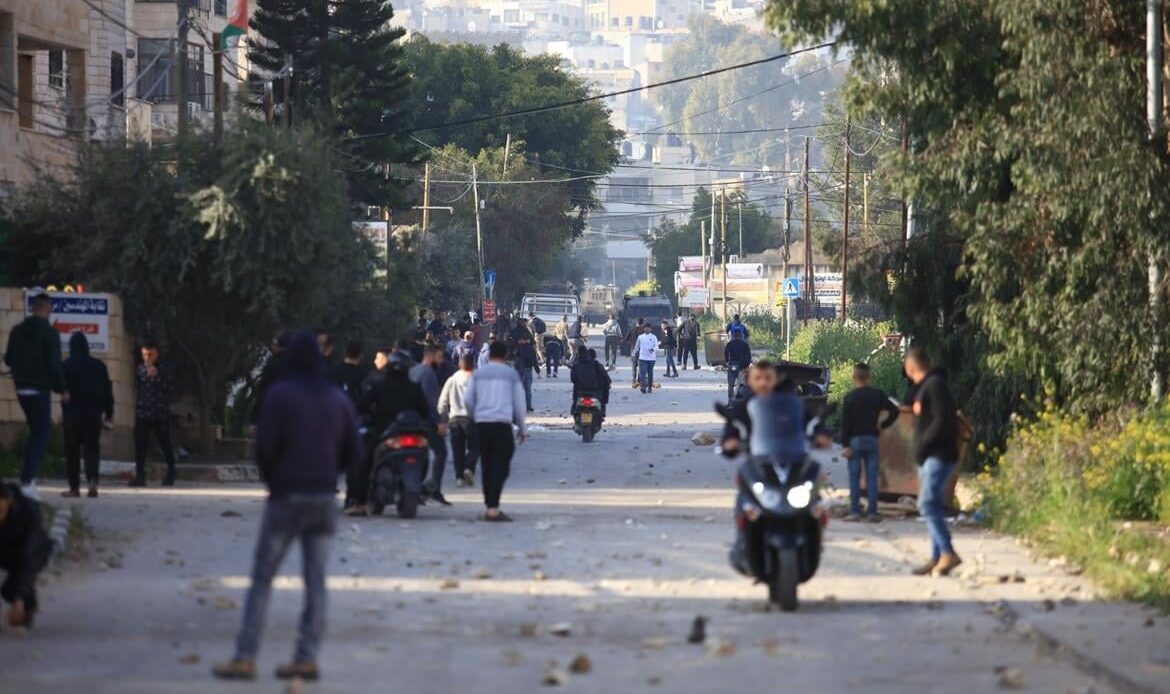 Early on March 31, the Israeli Defense Forces (IDF) raided the city of Jenin in the occupied West Bank, setting off a gun battle in which two Palestinians were killed and 15 others were wounded, according to the Palestinian Health Ministry said.

In a statement, the IDF said that a commando force that entered the Palestinian city to conduct arrests was fired at. According to the IDF, the force “shot back and struck the armed men.” One Israeli soldier was lightly wounded and taken to the hospital for treatment.

Videos circulated online showed smoke rising from the center of the Jenin as gunfire echoed in the background. Other videos appeared to show Israeli soldiers and Palestinian gunmen moving in the city.

The two Palestinians who were killed in the clashes were identified as Sanad Abu Atiyeh, 17, and Yazid al-Sa’adi, 23. It remains unclear if the two men were affiliated with any armed faction.

According to the Ynet news site, the IDF raid targeted several Palestinian individuals suspected of planning attacks in Israel, as well as some thought to be tied to March 29 Bnei Brak shooting attack, which was carried out by a Palestinian from a village near Jenin.

Palestinian factions threatened Israel following the deadly raid in Jenin. The Palestinian Islamic Jihad leader Ziyad al-Nakhaleh called for the group’s armed wing to be put on “high alert.” From its side, the Hamas Movement threatened to meet “escalation with escalation” and warned of a “comprehensive explosion.”

“The continuous crimes of the occupation portend a comprehensive explosion, which will be still more powerful and more painful and miserable [than those that preceded] and which our people will join in every part of our occupied land,” Hamas said in a statement.

The IDF deployed large reinforcements in the West Bank in the last few days in the wake of a series of shooting attacks inside Israel that claimed the lives of eleven people, including several police officers.

Tensions between Israel and the Palestinians in the occupied West Bank could soon spread to the Gaza Strip. Tel Aviv does not appear to be planning to tune down its security operations in Palestinian areas. Israel officials have already warned of more attacks during the holy Islamic month of Ramadan, which is set to begin in a few days.