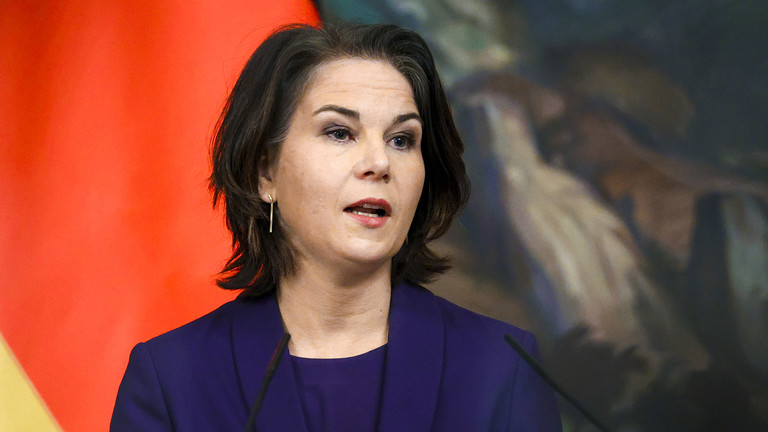 Germany to kick out ‘significant number’ of Russian diplomats

Germany has reportedly declared 40 Russian diplomats “undesirable persons.” They have five days to leave the country.

Berlin has decided to “declare a significant number of members of the Russian embassy unwanted persons who have worked here in Germany every day against our freedom, against the cohesion of our society,” Foreign Minister Annalena Baerbock said on Monday. “We will not tolerate this any further.”

If diplomats are pronounced unwanted persons, it means expulsion.

The decision was communicated to the Russian ambassador Sergey Netschayev in the afternoon, Baerbock announced.

The personnel have five days to leave Germany. According to local media reports, the Russian foreign-service employees are suspected of working for Moscow’s intelligence services. German media outlets said that as many as 40 Russian diplomats are to leave the country.

“The pictures from Bucha testify to the incredible brutality of the Russian leadership, and those who follow its propaganda,” Baerbock said as she explained the decision. She offered no evidence to support her assertion.

After the withdrawal of Russian troops from Bucha, hundreds of murdered civilians were discovered in that suburb of Kiev. Ukraine blames the massacre on Russian troops, who had occupied the small town until recently, but Moscow denies that. While Western politicians sided with Ukraine on the matter, the Pentagon said that it doesn’t yet have independent evidence to back these claims.