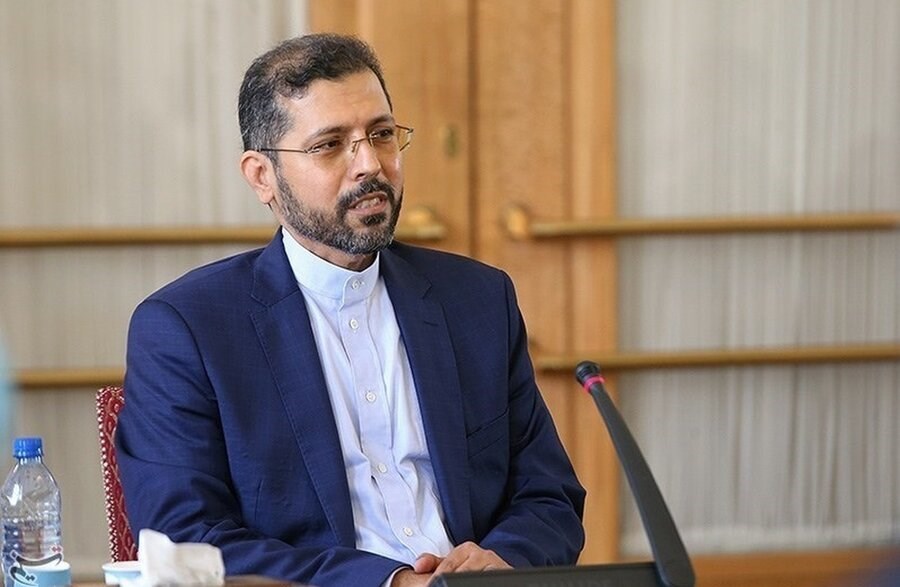 The US is holding outstanding issues in the Vienna talks hostage to its domestic affairs, Iranian Foreign Ministry Spokesperson Saeed Khatibzadeh said on Monday.

Khatibzadeh said it was the US’ approach that brought the Vienna Talks to a standstill. “The US is trying to hold the remaining subjects (in the Vienna talks) hostage to its internal issues, but Iran and Iranians could not be patient forever,” the Spokesperson added.

He said that Washington should take a political decision immediately if it wants to reach a deal, cautioning that Iran would not wait forever.

Khatibzadeh noted that the US is trying to prevent Iran from receiving an economic benefit in the final stages of the talks, reminding that the illegal sanctions are part of Washington’s attitude, whereby it believes it is responsible for the world and international rules.

Iran’s Foreign Minister Hossein Amir-Abdollahian had blamed the United States on Sunday for the protraction of the Vienna Talks and said that Tehran is ready for a good and sustainable agreement.

“The Islamic Republic of Iran is ready for a good and sustainable agreement, but so far the American side, by some of its excessive demands, has been directly responsible for the protraction of the talks,” he said.