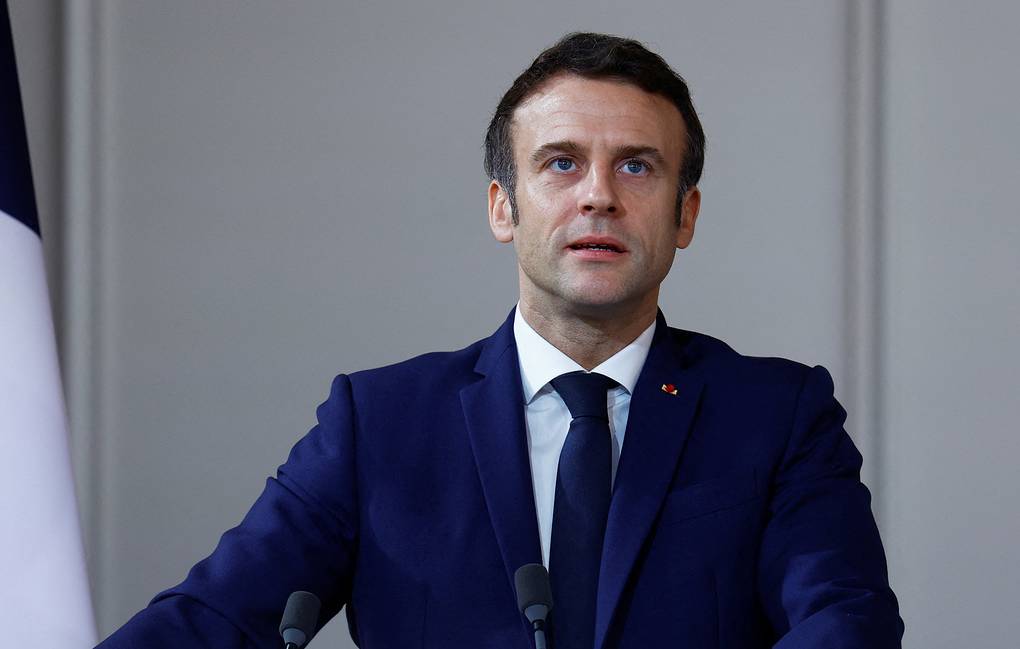 epa09835518 French President Emmanuel Macron delivers a speech during a reception to mark the 60th anniversary of the end of the Algerian War of Independence, at the Elysee Palace in Paris, France, 19 March 2022. EPA-EFE/GONZALO FUENTES / POOL MAXPPP OUT

On April 3, the Russian Defense Ministry refuted the Kiev regime’s accusations of an alleged massacre of civilians in Bucha

France will discuss with its EU partners the introduction of new sanctions against Russia over the situation in the Ukrainian town of Bucha near Kiev and does not rule out restrictions on the supplies of Russian oil and coal, French President Emmanuel Macron told the France Inter radio station on Monday.

“What happened in Bucha demands the introduction of a new series of sanctions. We plan to coordinate efforts with our European partners, in particular, with Germany,” he said.

Responding to a question about the EU’s readiness to reject the oil and coal deliveries from Russia, the French president said that “restrictions in this sphere would be particularly painful.” He hopes that this issue will be discussed at the EU level in the near future. “I think that with regards to oil and coal we can move forward and we should move forward in terms of sanctions,” Macron said.

On April 3, the Russian Defense Ministry refuted the Kiev regime’s accusations of an alleged massacre of civilians in Bucha. The military agency said that the Russian Armed Forces left Bucha on March 30, while “the evidence of crimes” emerged only four days later, after Ukrainian Security Service officers had arrived in the town. The ministry stressed that on March 31, the town’s Mayor Anatoly Fedoruk confirmed in a video address that there were no Russian troops in Bucha. However, he did not say a word about civilians shot dead in the street with their hands tied behind their backs.

On February 24, Russian President Vladimir Putin said in a televised address that in response to a request by the heads of the Donbass republics he had made a decision to carry out a special military operation in order to protect people “who have been suffering from abuse and genocide by the Kiev regime for eight years.” The Russian leader stressed that Moscow had no plans of occupying Ukrainian territories. Following this, the US, the EU, the UK and a number of other countries announced the introduction of sanctions against Russian legal entities and private individuals.