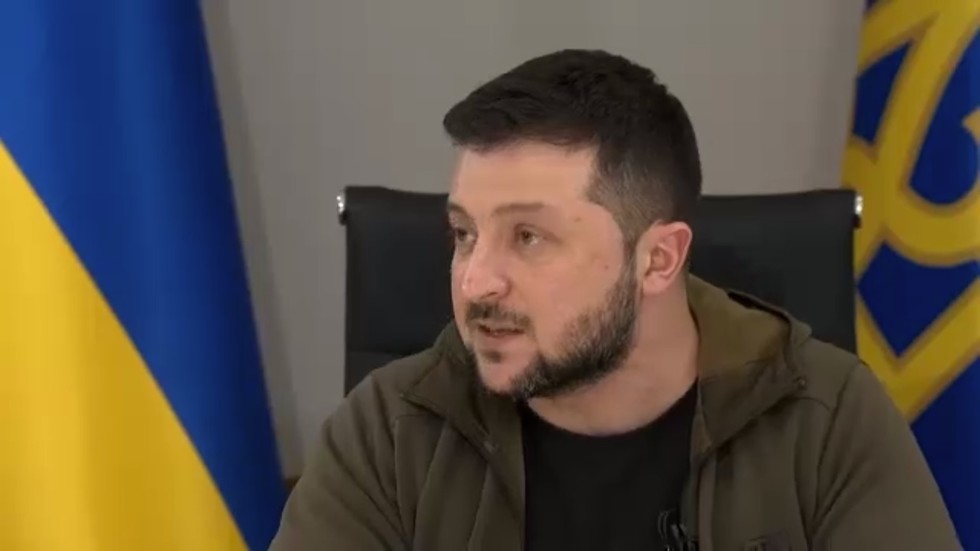 Kiev explains its position on talks with Russia

Not trying to negotiate a peaceful solution is not an option, President Zelensky said

Despite accusing Russian troops of genocide, Kiev cannot stop negotiating with Moscow, Ukraine’s President Volodymyr Zelensky told journalists on Tuesday. He said he had “no other choice” but to keep channels of communication with Russia open.

Zelensky sat for an hour-long interview with Ukrainian media a day after visiting Bucha, a Kiev suburb, from which Russian troops withdrew last week. Days after the pullout, Ukrainian officials accused Russian soldiers of committing war crimes during the time they were present in the area. Zelensky claimed the evidence gathered in Bucha indicated the crime of genocide was committed by Russia against the Ukrainian people.

Moscow has denied the allegations and said Kiev was playing the public with staged scenes of brutality that it then falsely blamed on Russian troops.

Asked by journalists how he envisioned continuing diplomatic talks with Moscow after making the allegations, Zelensky said it would be a “challenge” due to domestic pressure, but said he realized he simply had no other option but to talk.

“Saying today, let’s not talk anymore is the easiest position. It’s the easiest way, to say: I will not talk to you after what you have done. The hard thing is to say what they had done, to acknowledge them as an enemy, to call this Russia’s war against Ukraine,” and still keep talking, he explained.

His goals from negotiations with Russia are to “find a way out of the situation and not to lose our territory,” Zelensky added.

The Ukrainian leader said he wanted to have a stronger position at the negotiating table and that the support for his office from the Ukrainian public was contributing to this.

Zelensky said he counted on Ukraine’s Western backers holding to account the perpetrators of war crimes against his country. He predicted that the amount of evidence in Kiev’s case against Russia would only grow.

Moscow attacked its neighbor in late February, following Ukraine’s failure to implement the terms of the Minsk agreements of 2014, and Russia’s eventual recognition of the Donbass republics in Donetsk and Lugansk. The German- and French-brokered protocols had been designed to regularize the status of those regions within the Ukrainian state.

Russia is demanding that Ukraine officially declare itself a neutral country that will never join the US-led NATO military bloc. Kiev insists the Russian offensive was completely unprovoked and has denied claims it had been planning to retake the secessionist region by force.