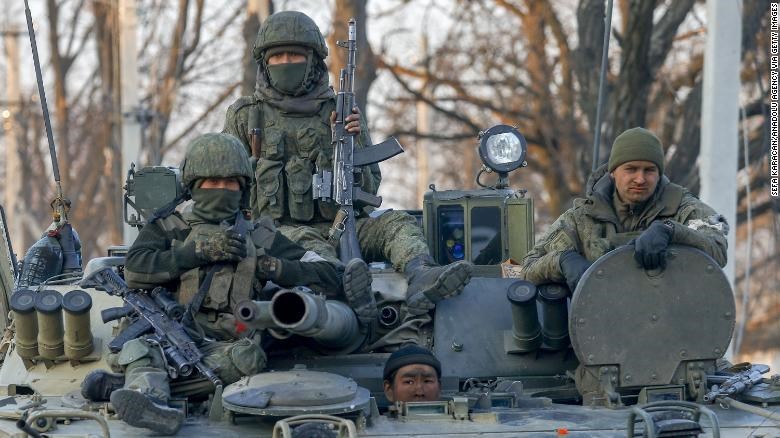 “We see equipment arriving from different directions. We see the Russians strengthening their ranks and refueling…”

Sergiy Gaidai, head of the Lugansk regional state administration, announced Monday that Russian forces are preparing to launch a massive attack on Ukrainian forces in the eastern province.

“We see equipment arriving from different directions. We see the Russians strengthening their ranks and refueling… We know that they are preparing for a massive attack,” Haidai said in a video message.

He added that the bombing attacks are intensifying, as last night an attempt to enter Robyzhny near Lugansk was witnessed.

He continued, “Unfortunately, two volunteers were killed yesterday by a mine or artillery shell explosion,” and “a church was bombed and two monks were injured.”

“Please do not hesitate. Today, I have evacuated a thousand people. Please do not wait until your homes are bombed,” calling on residents to evacuate.

In turn, the mayor of Borova, Oleksandr Tertyshnyy, asked the residents of the town to leave, stressing that this was aimed at preserving their safety.

Two days ago, the Ukrainian authorities said that the Russian forces were withdrawing from areas in northern Ukraine, especially in Kiev, with aim to relocate them east and south of the country.

Yesterday evening, Ukrainian presidential advisor Oleksiy Aristovich told reporters: “The Russian forces are regrouping with the intention of continuing the offensive in Mariupol and Kharkov.”

“The Russian forces will try to encircle our forces […] and finish Mariupol, but we are all convinced that they will not succeed,” he added.

On March 23, Haidai announced that an agreement was reached and humanitarian corridors for the evacuation of civilians will be opened.

Authorities in the People’s Republics of Lugansk and Donetsk said that the Ukrainian forces continued to target civilian areas to the east, confirming more deaths and injuries.

The week before, Russia’s Defense Ministry also announced that the Lugansk People’s Republic troops have liberated more than 90% of the territory of the republic with the support of the Russian Armed Forces.