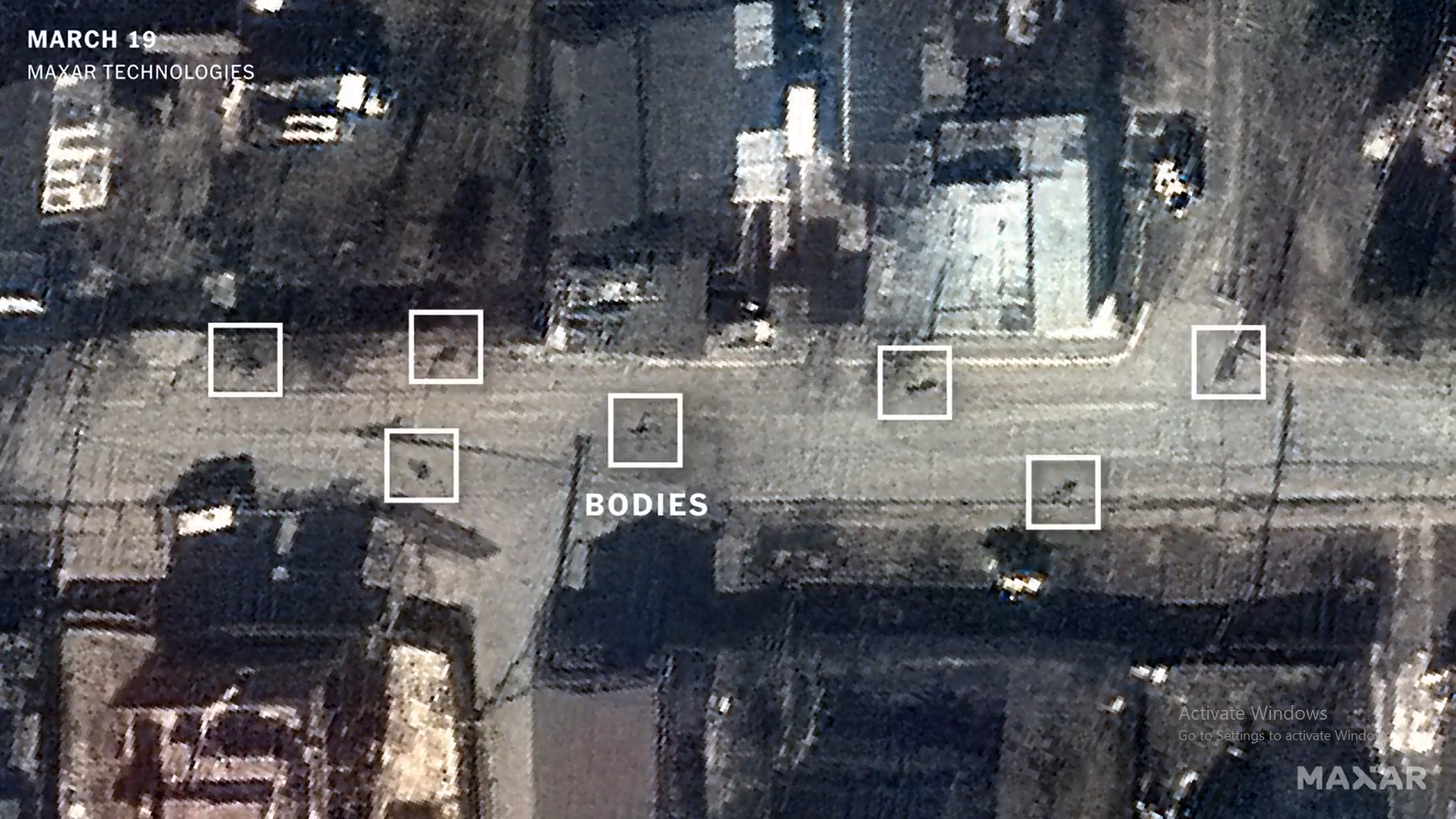 A few days ago, the media were actively discussing the question – who arranged the mass murders in Bucha? At that time, most of the media were inclined toward the actions of the Russian military. However, some facts now cast doubt on the earlier conclusions.

The crux of the matter is that the Russian military was blamed for the massacre back in mid-March, but most of civilians were killed after the troops withdrew from Bucha.

Everyone well remembers that there were satellite images after all. The question arises – when were they taken? The New York Times published images of dead people. The images show the aftermath of the downpour (the downpour took place from March 31 to April 1). You can also look at the position of the shadows (compared to March 19 and February 28). The shadows and time match, only the picture for March 19 was not taken on March 19 but was taken on April 1. Also, using the SunCalc program, the specialists compared the angles of the Sun’s declination over the horizon, which also matched. The study was conducted by a team of OSINT and GEOINT specialists. The specialists concluded that the image was not taken on March 19, but on April 1 at 11:57 GMT.

If we turn to The New York Times article, we can notice that the first photos of Bucha were taken between March 9 and 11. At that time, the territory was under the control of the AFU. It also states that the Russians took the city on March 11. However, according to the Institute of War report, the Russians did not control the south of the city from March 9 to 11. Attention should also be drawn to the statement of the General Staff of Ukraine on Facebook on March 10, which reads «the enemy is trying to break through the defenses of Ukraine’s defenders in the areas of Poliske, Kukhari, Zhovtneve, Andriyivka, Kopyliv, Motyzhyn, Buzova, Horenychi, Bucha, Demydiv, and block Kyiv». Next, the Institute of War, in its Facebook post of March 11, states that all attempts by the Russian army to take Bucha have failed.

Putting together the first and second parts of the puzzle, a picture emerges where the Russian troops did not commit the acts attributed to them. The question of trusting one side or the other remains open and a personal matter for everyone.