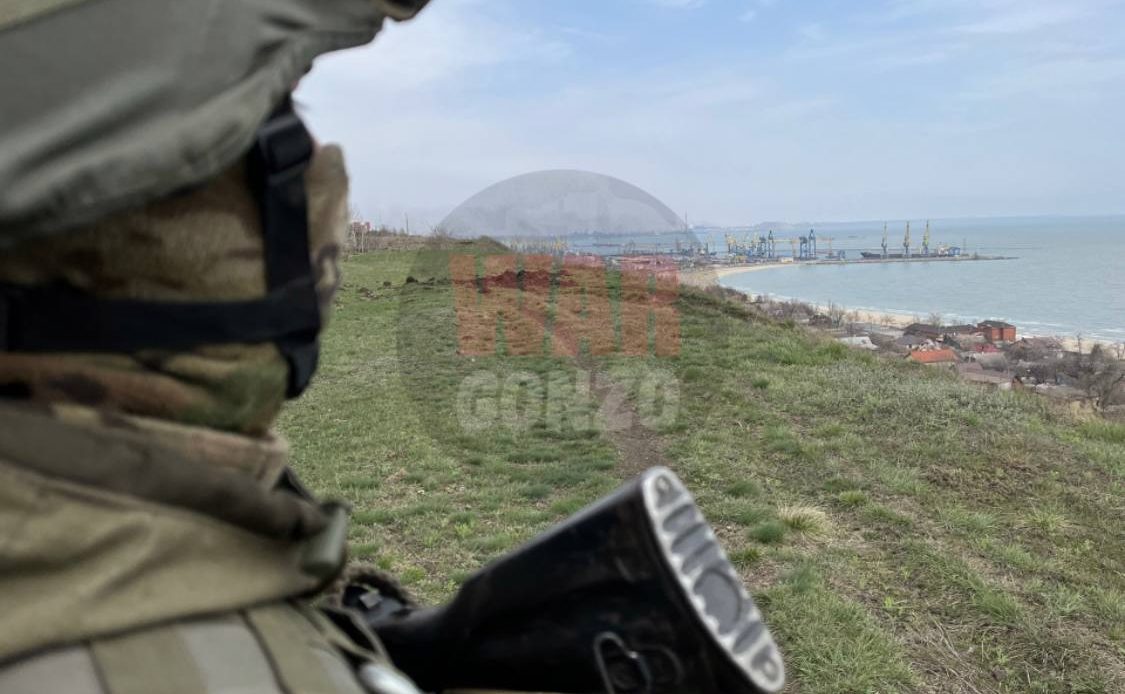 On April 8, first footage from the port of Mariupol confirmed that the Armed Forces of the DPR and the Russian Federation partially took control over several facilities and reached the port moving from the west along the sea coast.

The port of Mariupol is one of the three main strongholds of the AFU, including militants of the nationalist Azov regiment, in the city.

According to some reports, most of the seaport is already under the control of the Russian military. Currently, clashes continue in the area and joint forces are likely pushing Ukrainian fighters towards the large industrial plant of Azovstal located in the Left Benk district of Mariupol.

DPR, Russian forces took control of a coast guard post located on a hill next to the port, which served as a military base of the AFU, and where the AFU radar stations guarding the coast of the city and the nearest districts were located.

Now the facility, which was severely damaged during the clashes, serves as an important observation post of the DPR forces, from where they monitor the port and prevent attempts by Ukrainian aircraft to approach the city for the evacuation of Ukrainian commanders, Azov fighters, as well as NATO military personnel who may be reportedly blocked in the city.

The video shows that the territory was fortified with equipped trenches. During the retreat, the Ukrainian nationalists fled to the nearby civilian sector and fired from civilian houses.

The military confirms that crews remain on the vessels that were blocked in the city, among them citizens of various states, including Russians, Ukrainians, Azerbaijanis. Their evacuation is not possible at the moment, since this territory is under fire of the Armed Forces of Ukraine. According to approximate data, more than 100 sailors remain on the ships.

The sailors were held captive for more than a month. There are reportedly women among the team members. 7 civilian vessels could not leave the city port after Azov militants mined sea routs in the area.