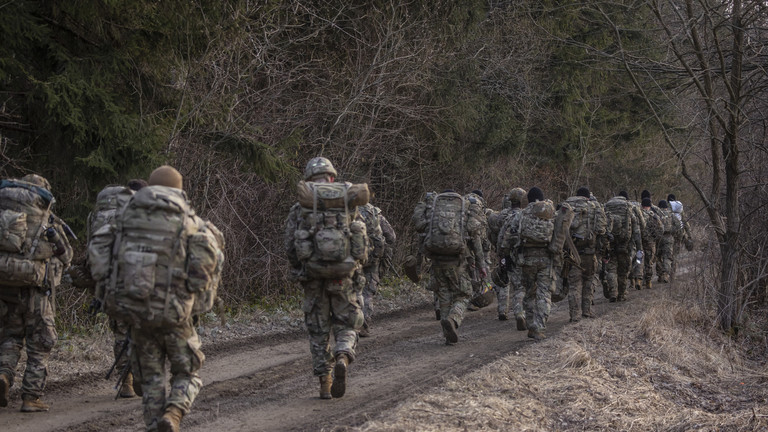 The change comes after the Russian offensive in Ukraine, the bloc’s chief says

NATO Secretary General Jens Stoltenberg has said that the bloc will deploy a permanent full-scale military force on the eastern flank to deter Russia. The move comes in response to Moscow’s military campaign against Ukraine.

In an interview published by The Telegraph on Saturday, Stoltenberg explained that the US-led military organisation has been focused on “a very fundamental transformation” in order to better reflect the “new reality” in Europe.

“We have now asked our military commanders to provide options for what we call a reset, a more longer-term adaptation of NATO,” he said, adding that the decisions on the matter are expected at the bloc’s summit in Madrid, Spain in June.

This is part of the reset which we have to make, which is to move from tripwire deterrence to something which is more about deterrence by denial or defense. This is already in process.

Stoltenberg said last month that the bloc had 40,000 troops “under direct command,” mostly in Eastern Europe. The group’s individual members are supplying Kiev with weapons, ranging from anti-tank and anti-aircraft missile systems to tanks and armored fighting vehicles.

Moscow has repeatedly stated that it views NATO’s expansion eastward as a threat to its security, and listed Ukraine’s aspirations to join the bloc one day as one of the reasons for launching its offensive. Moscow wants Ukraine to officially declare itself a neutral state.

Russia attacked the neighboring state in late February, following Kiev’s failure to implement the terms of the Minsk agreements signed in 2014, and Russia’s eventual recognition of the Donbass republics of Donetsk and Lugansk. The German and French brokered Minsk Protocol was designed to regularize the status of the regions within the Ukrainian state.

Kiev says the Russian offensive was completely unprovoked and has denied claims it was planning to retake the two republics by force.