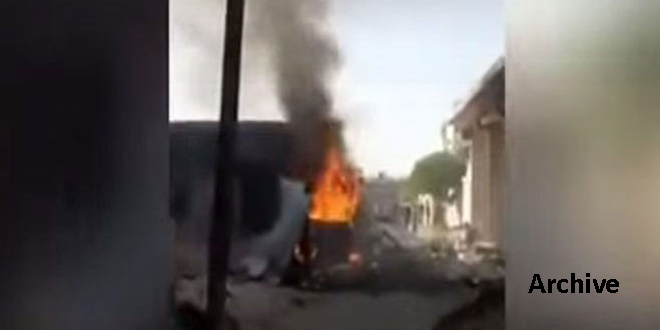 Several people, including terrorists, were wounded in a car explosion in Al-Bab City, which is under the control of the Turkish occupation forces and its terrorist mercenaries in Aleppo northeastern countryside.

An explosive device planted in a car went off near one of the checkpoints of the Turkish occupation mercenaries at the entrance to the city of al-Bab in the northeastern countryside, wounding several people, including a number of terrorists, and causing material damage to property, local sources told SANA.

In areas controlled by terrorist groups backed by the Turkish regime, there are manifestations of chaos and lawlessness as a result of conflicts taking place between these groups.