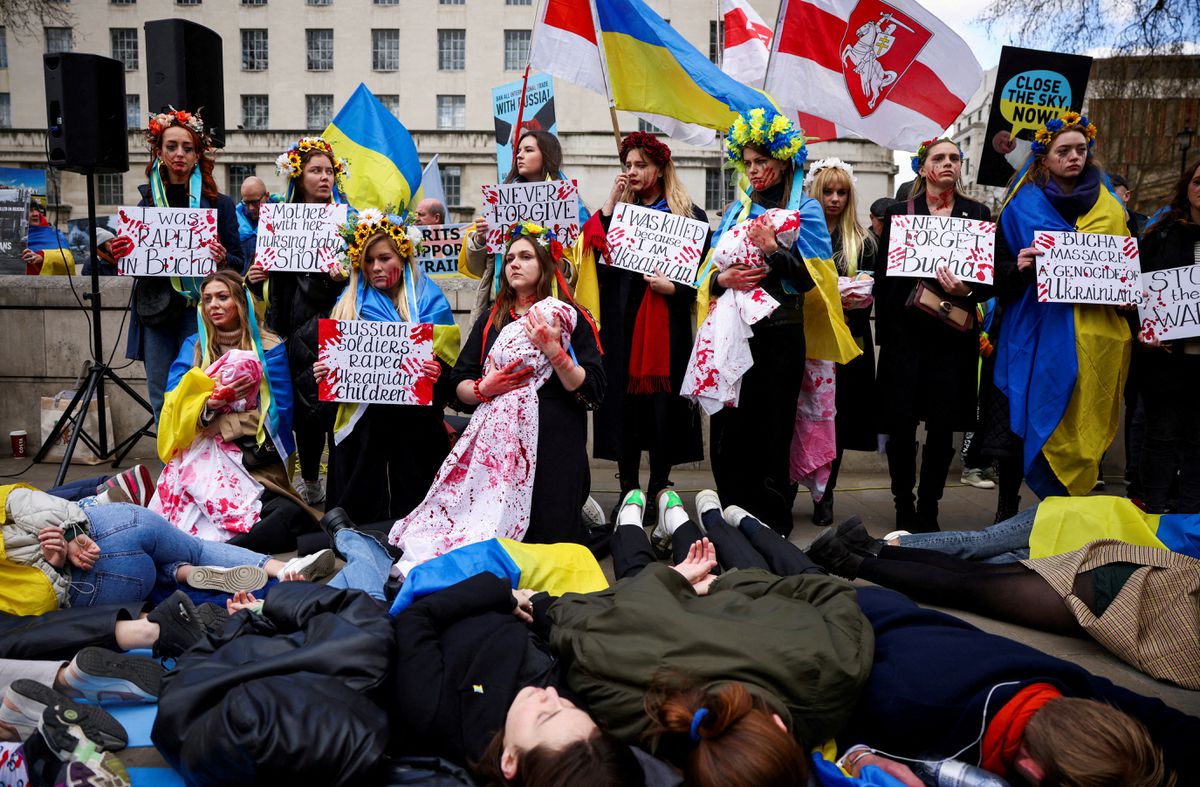 Moscow said on Monday that the United States and Britain were helping Ukraine prepare fake claims about the alleged persecution of civilians in Ukraine to feed to international media in an attempt to smear Russia.

Since Russian troops withdrew from towns and villages around the Ukrainian capital Kyiv, Ukrainian troops have been showing journalists corpses of what they say are civilians killed by Russian forces, destroyed houses and burnt-out cars.

The West says the dead civilians are evidence of war crimes. Reuters reporters saw dead bodies in the town of Bucha but could not independently verify who was responsible for the killings.

Russia’s defence ministry said Ukraine’s government was being directed by the United States to sow false evidence of Russian violence against civilians despite what it cast as Moscow’s “unprecedented measures to save civilians.”

“The United States, which has many years of experience in organizing provocations with human victims, continues its campaign to create and promote false ‘evidence’,” the ministry said.

Ukraine says Russia is guilty of genocide and has called on the West and the NATO military alliance to give it more support.

Russia said British intelligence was helping Ukraine to prepare new fake claims about alleged abuses in northeastern Ukraine. The defence ministry did not provide evidence for its claims of British and U.S. involvement.

“New false staged provocations accusing the armed forces of the Russian Federation of allegedly cruel treatment of the population of Ukraine are being prepared by the Kiev regime under the leadership of British special services on the territory of the Sumy region,” the ministry said.

Russia said Western journalists had been invited to the Sumy region in northeastern Ukraine to “conduct the filming of staged plots”. The ministry said Western media would publish such fake news shortly. It did not say which media.

It said that Russian troops had left the alleged scene of some of the abuses, the Ukrainian village of Nyzhnya Syrovatka, on March 20.

“The goal is to further stoke Russophobia against the backdrop of the rapidly developing economic crisis in Europe,” the ministry said.

Putin says the “special military operation” in Ukraine is necessary because the United States was using Ukraine to threaten Russia and Moscow had to act to defend Russian-speaking people in Ukraine against persecution.

Ukraine says it is fighting against an imperial-style land grab and dismisses Putin’s claims of genocide as nonsense.