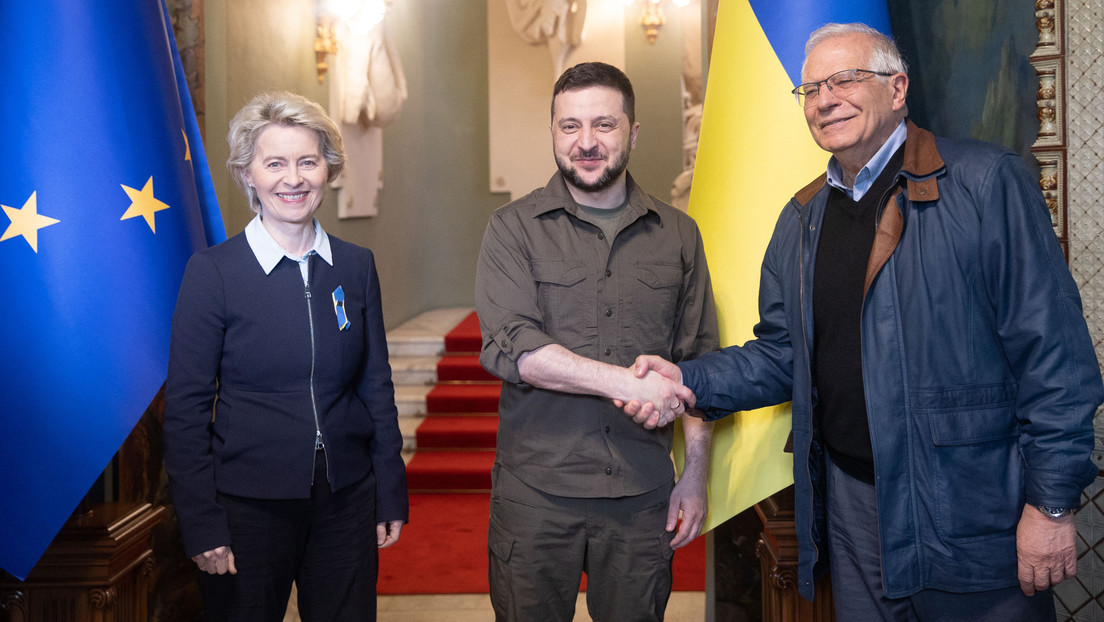 Josep Borrell spoke about the EU’s intentions to continue supporting Ukraine, first of all, economically. He also called on European countries and the community in general to strengthen sanctions against Russia, especially to focus on the energy sector.

The USA voiced support for this initiative and continued arms supplies to Ukraine.

Josep Borrell visited Kyiv and stated on the social media that “this war must be won on the battlefield”. Moreover, it was announced that the EU would allocate 500 million euros more in aid to Ukraine. According to Brussels, this 500 million euros will be used to buy weapons that will be used by the AFU. The Russian Foreign Ministry reacted negatively to his clams and accused the EU of an “insane transfer” of weapons to Ukraine, and also warned the parties that from now, convoys with weapons are targets for the Russian military.

The head of the British government announced that Britain would provide Kyiv with 120 armored vehicles and new anti-ship missile systems to support Ukraine at this crucial stage while Russia’s illegal attack continues. A day earlier, London announced the transfer of additional Starstreak anti-aircraft missiles and another 800 anti-tank missiles as well as drones to the Ukrainian military. Britain is also currently considering sending a volunteer corps to Ukraine. The Czech Republic and Slovakia are beginning deliveries of heavy weapons to Kyiv.

Despite consolidation on the financial issue, a serious split is noticed in the EU and NATO. Poland has decided to freeze relations with Hungary because of its position in Ukraine, namely on the alleged massacre in Bucha. Hungary does not believe the Ukrainian side and believes that the footage from the area was staged. Otherwise, it demands proof.

At first glance, the situation may seem somewhat ironic: EU leaders advocate a negotiated solution to the conflict, but decide to assist Ukraine’s military. In fact, the situation is critical. More and more countries are being drawn into the conflict, although claiming that they are not direct parties to the conflict. NATO forces are being mobilized; and the Brussels bureaucracy declares “war until victory on the battlefield”. This evidence suggests that the centrifuge of conflict is spinning harder and harder. In the worst case, the conflict will turn into a confrontation between two blocs, NATO and Russia.