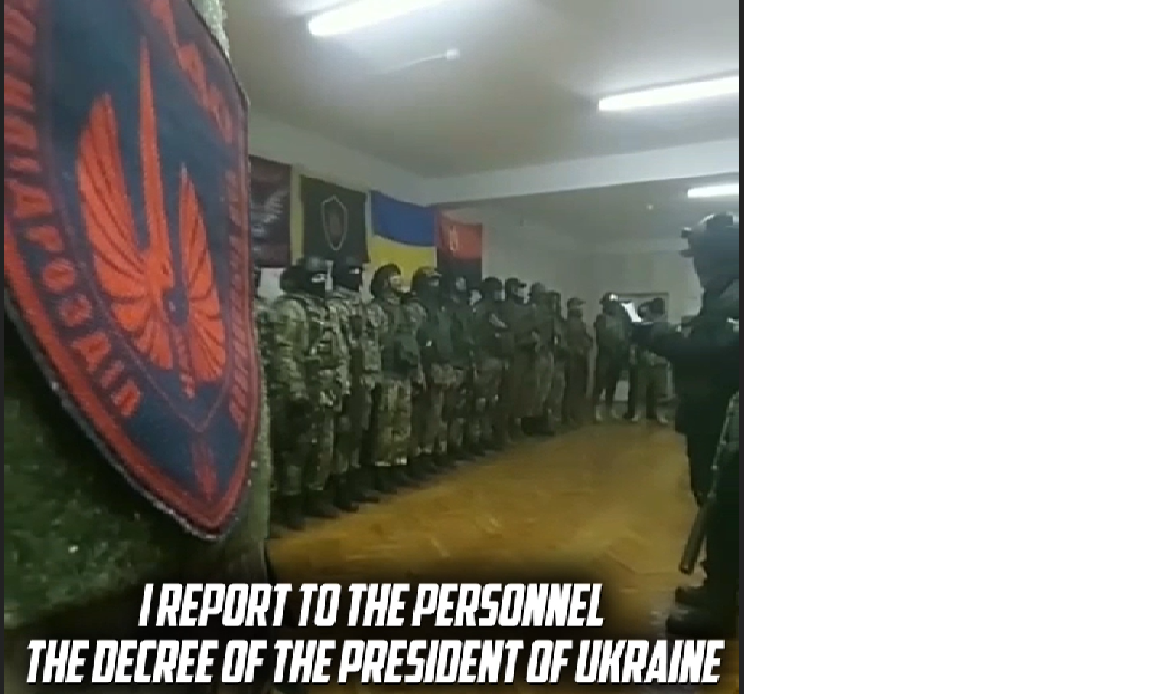 I report to the personnel the decree of the President of Ukraine. The approval of the decision of the General Staff of the Armed Forces of Ukraine in connection with the ongoing large-scale military aggression of the Russian Federation against Ukraine on the basis of the proposal of the Supreme Commander-in-Chief in accordance with paragraphs 2, 17, part one, clause 116 of the Constitution of Ukraine the law of Ukraine on the legal regime of martial law i order the Ministry of Defense of Ukraine, the Chief of the General Staff of Ukraine to prepare all personnel of the Armed Forces of Ukraine: Ground forces, Air Force of Ukraine, Naval Forces, Airborne assault troops, Special Operations Forces, Territorial Defense Forces to deter aggressor and conduct combat operations on its territory. To prepare units of the AFU for offensive actions in the directions of the city of Belgorod and the Belgorod region of the Russian Federation. Bring the order to the personnel and be ready for its implementation in a short time. Control over the implementation of the order shall be entrusted to the Commander-in-Chief of the Armed Forces of Ukraine Zaluzhnyi. President of Ukraine Volodymyr Zelensky, 10.04.2022. Everyone understand?

– So, we kept our land, and now we are going (to war) against Russia! Are you ready?