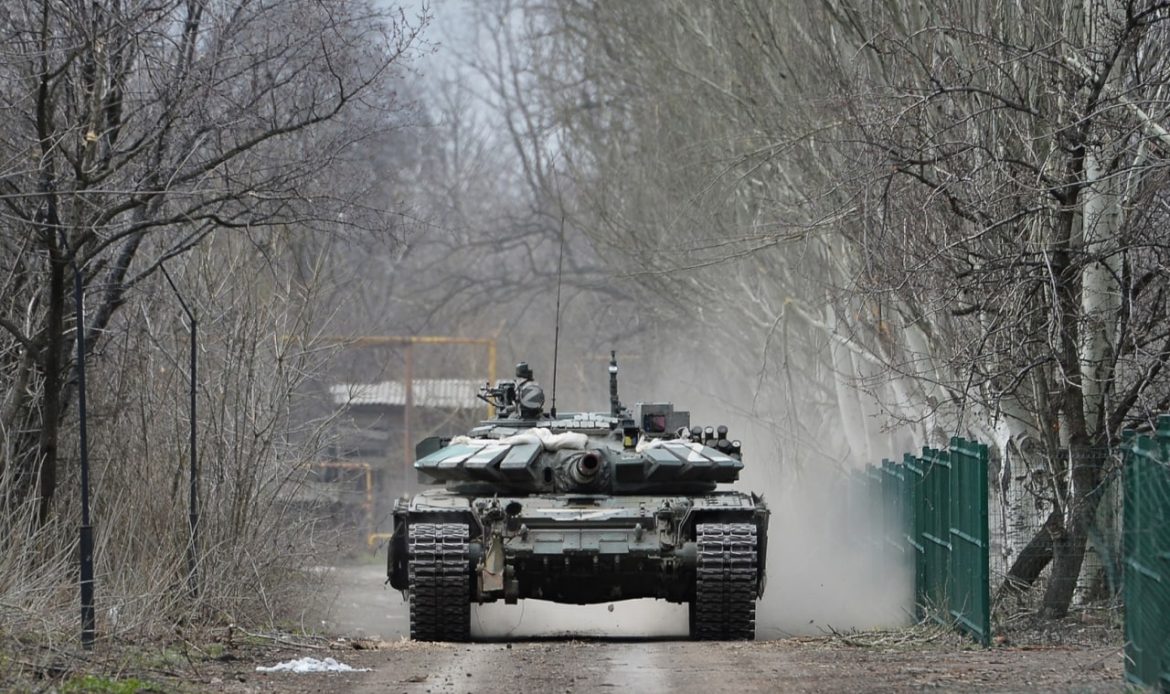 In the Luhansk direction, the trap around Severodonetsk is gradually shrinking. The control zone of LPR forces has expanded on the southern outskirts of Rubezhnoe and to the west of Borovskoye. The offensive in the Novoshtokovskoye-Horskoye direction is developing.

In Popasnaya, LPR troops are slowly advancing through the streets of the town. However, the major assault was likely repelled by the AFU, and LPR forces reportedly secured the Eastern outskirts of the town.

On April 12, Russian artillery units inflicted fire strikes on six strongholds of units of the 24th Ukrainian separate mechanized brigade in the area of Popasnaya. As a result of the strikes, more than 120 personnel, eleven armored vehicles and fourteen vehicles for various purposes were destroyed, according to the Russian Defense Ministry.

Fighting also continues on the outskirts of Rubezhnoe and Severodonetsk. LPR forces have reportedly made several attempts to assault the city, but were repelled to the outskirts by the AFU.

Several Ukrainian servicemen surrendered to the LPR People’s Militia after they were ordered to kill civilians in Rubezhnoe.

In the city of Rubezhnoye, LPR forces are slowly moving from street to street. The central districts of the city are still being shot by Ukrainian snipers, and fires are breaking out in residential areas from artillery strikes of the Armed Forces of Ukraine.

The AFU are in control over the industrial district on the southeastern outskirts of the town. The Zarya chemical plant is located there. Earlier Ukrainian soldiers blew up a tank with chemicals there. Kyiv officials have stated that the Russians blew up a chemical tanker. Containers with ammonia and other chemicals also remain at the plant. LPR forces admit that the AFU are preparing a provocation and may detonate toxic chemicals when they approach the facility. In this case, a major environmental catastrophe cannot be avoided.

Chemical attacks, the gradual advance of DPR troops through the center, and fighting on the outskirts of the town all characterize the situation in Rubezhnoe. So far, the situation is extremely tense.

As well as on other front lines, fighting in the LPR continues with air support of the Russian Aerospace Forces. On April 12, Russian aircraft hit 38 military facilities in Ukraine, including 8 areas of concentration of military equipment. According to the Russian Defence Ministry, the Toshkovka ammunition depot in the Luhansk region was hit, as well as 8 areas of concentration of Ukrainian military equipment in the settlements of Glazunovka, Pyatigorsk and Prishib of the Kharkiv region.