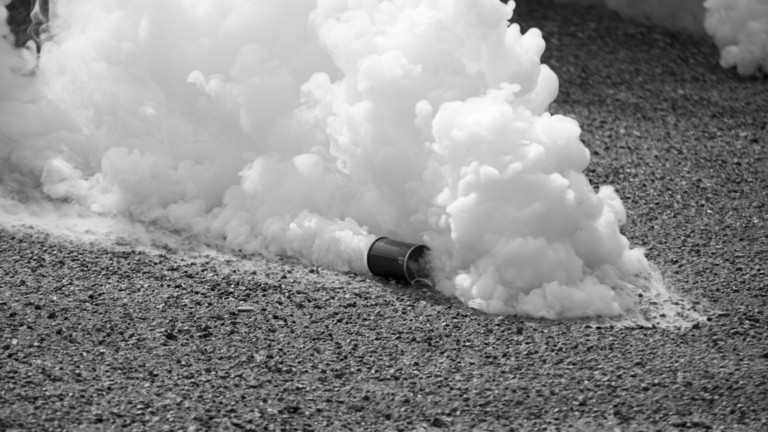 The US Defense Department cannot confirm the use of chemical weapons in Mariupol, a spokesman admitted on Tuesday. The claims were initially made on encrypted messaging app Telegram by the neo-Nazi Azov Battalion, part of the Ukrainian National Guard.

“We are aware of social media reports which claim Russian forces deployed a potential chemical munition in Mariupol, Ukraine,” Pentagon spokesman John Kirby said, adding that “we cannot confirm [the reports] at this time and will continue to monitor the situation closely.”

“These reports, if true, are deeply concerning and reflective of concerns that we have had about Russia’s potential to use a variety of riot-control agents, including tear gas mixed with chemical agents, in Ukraine,” he continued.

Ukrainian sources claimed “a poisonous substance of unknown origin” was dropped on the area by drone on Monday, leaving several fighters struggling to breathe and suffering from dizziness and headaches. The Azov Battalion released footage purporting to show the victims of the alleged attack, who claimed to be suffering from fever and tinnitus in addition to the breathing problems.

However, an aide to Mariupol Mayor Pyotr Andriuschenko said the allegations of a chemical attack had not been confirmed. While he argued it was “absolutely correct” that “something was dropped” in the area of the Azovstal steel plant on Monday, he acknowledged “we don’t know for sure if it was poison or something else.”

The lack of confirmation has not stopped certain elements in the West of hyping up the alleged attack. “Any use of such weapons would be a callous escalation in this conflict, and we will hold Putin and his regime to account,” UK foreign secretary Liz Truss wrote on Twitter on Tuesday, absent any proof of such an attack.

Ukrainian President Volodymyr Zelensky has warned of a possibility of chemical attack by Russia, demanding further sanctions, including an oil embargo – a concept that has divided Europe as some countries worry they will be unable to supply their energy needs.

The Pentagon’s claims regarding its “concerns” about chemical weapons are questionable in light of recent admissions by US intelligence that its own information about the Ukrainian conflict has been less than “rock solid.” An NBC report from last week featured US officials boasting about releasing misinformation in an effort to “undermine Moscow’s propaganda and prevent Russia from defining how the war is perceived in the world.” The report specifically cited rumors Moscow was plotting to use chemical weapons as bogus.