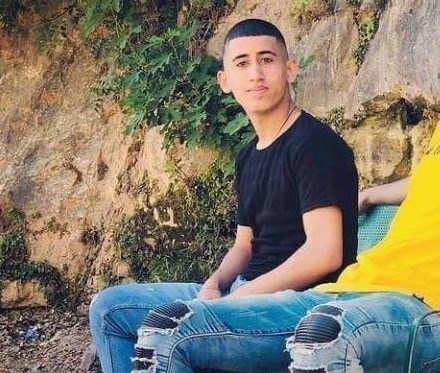 A young Palestinian teenager is martyred by occupation fire near Beit Lahm in the occupied West Bank.

Al Mayadeen’s correspondent to Palestine reported on Wednesday that Palestinian teenager Qusai Hamamra,16, from the town of Husan near Beit Lahm in the occupied West Bank, was martyred by occupation forces fire, and dozens were also injured in confrontations with the IOF.

The IOF prevented ambulance crews from reaching the teenager’s body after he was shot.

The mayor of Husan said occupation forces fired on the young man, and then covered him with a black bag.

The mayor further added that confrontations this night were violent, and that occupation forces fired live rounds and teargas against the Palestinians, and also fired teargas on dozens of worshippers in the mosques of Husan, leading to dozens of asphyxiations.

Al Mayadeen’s correspondent had also reported on Sunday that a number of Palestinians were shot dead by Israeli occupation forces.