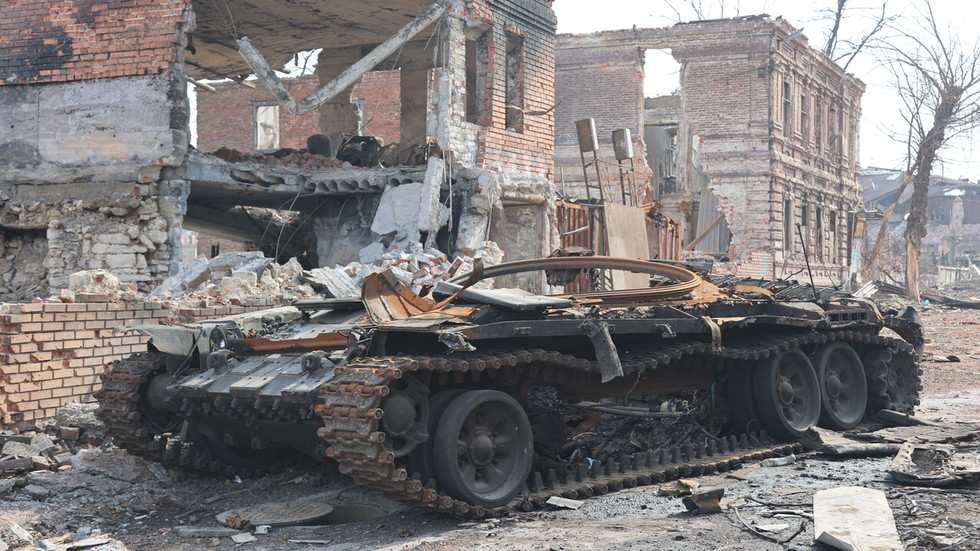 Over 1,000 of Kiev’s troops reported to have laid down their arms

More than 1,000 service members of Ukraine’s 36th Marines Brigade have surrendered in the port city of Mariupol, the Russian Defense Ministry claimed on Wednesday during a daily briefing.

According to a Russian military report, the troops laid down their arms at the Illich Steel and Iron Works, a giant metal mill they were using as a stronghold against Moscow’s forces.

A total of 1,026 service members, including 162 officers, were among the captives, ministry spokesman Major General Igor Konashenkov said. He said 47 of the soldiers were female. Russian medics provided first aid to 151 injured captives before moving them to a local hospital, the official said.

The report was disputed by Ukrainian officials. Presidential adviser Alexey Arestovich claimed on social media that the unit had performed a “difficult and very risky maneuver” and joined forces with the Azov Battalion, the Ukrainian national guard unit holding position at a different location in Mariupol. This “gave the 36th a second chance” and significantly boosted the defensive capabilities of Kiev’s forces in the city, he said.

The reports of a large number of Ukrainian troops laying down arms in Mariupol began to emerge on Tuesday. These were supported by footage from war correspondents on the ground, showing what appears to be groups of people wearing military uniforms in captivity.

The claimed mass surrender followed a report by the Russian Defense Ministry, which said around 100 Ukrainian marines had made an attempt to break out from the factory.

According to the Russian claims, about half of the Ukrainian military personnel involved were killed when their motorcade was attacked by artillery and warplanes, while the rest were captured. Ukrainian sources told the media on Tuesday that the breakout was a success and resulted in the troops reaching Azov’s positions.

A desperate message was posted on the 36th Brigade’s social media channels on Monday. The text claimed the unit had been failed by the Ukrainian military leadership, who left the soldiers to fight and die without any assistance despite opportunities to do so.

“For over a month the marines fought with no supplies of ammo, without food, without water, pretty much drinking from puddles, and died in droves,” the message read. “Our wise generals are telling us to capture ammo from the enemy.”

Mariupol has seen some of the most intense fighting since Russia launched its offensive in Ukraine. The new case of mass surrender reported by the Russian ministry would be the largest single instance of Ukrainian forces laying down their arms since the start of the conflict.

Moscow attacked its neighbor in late February, following Ukraine’s failure to implement the terms of the Minsk agreements signed in 2014, and Russia’s eventual recognition of the Donbass republics of Donetsk and Lugansk. The German and French brokered Minsk Protocol was designed to give the breakaway regions special status within the Ukrainian state.