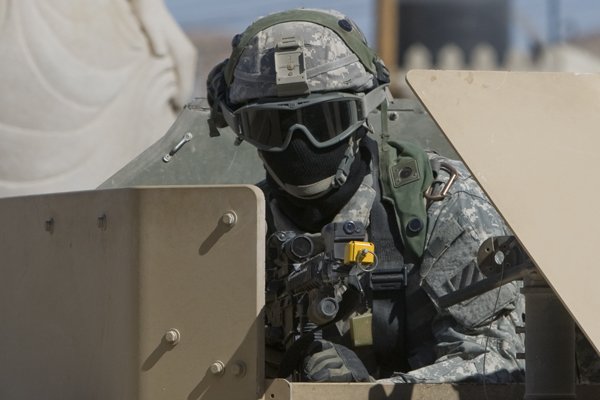 The Ukrainian military-industrial complex is not the most developed in the world because of Ukraine’s geographical and resource location. Therefore, the country has to fight for what it has. Ukraine does not refuse assistance from third countries and takes it positively. However, the countries that help Ukraine are also lobbying for their interests and one cannot say that they will not demand compensation in some form after the war is over.

There is increasing concern that NATO is at war with Russia in Ukraine. For example, according to Western media reports, elite British and U.S. special forces units are deployed in Ukraine, including servicemen of the British Special Air Service (SAS) and soldiers of the First Operational Unit of Special Forces “Delta” of the US Army.

SAS units “have been present in Ukraine since the beginning of the war, as did [sic] the American Deltas”, Malbrunot tweeted citing a French intelligence source. He added that according to the source Russia was well aware of the “secret war” waged against its troops by foreign commandos.

The journalist of the French newspaper Le Figaro, Georges Malbrunot, citing a French intelligence source, reported that foreign special forces have been present on Ukrainian territory since the beginning of the Russian special operation. It is noteworthy that the reporter chose to remain silent about his compatriots from military intelligence, who are now reportedly blocked at the «Azovstal» in Mariupol.

White House spokeswoman Jen Psaki announced that Washington is working on the transfer of artillery to Kyiv. According to her, the decision was made after Biden’s aide held a two-hour conversation with Ukrainian officials about military assistance. Among other things, the U.S. is considering deliveries of tactical ATACMS missile systems.

The British Defense Ministry said that in the next few days the Ukrainian military will arrive in the country, and will be trained to operate armored personnel carriers intended to be sent to Ukraine as part of military assistance in the amount of 120 units. British Prime Minister Boris Johnson went to Kyiv to meet with President Zelensky and promised him financial and military aid. The Russian Defense Ministry said that new military operations in the Sumy region will be carried out with the help of the British side. Oleksiy Arestovich, the adviser to the head of the Ukrainian Presidential Office, cited the Arab-Israeli wars as an example and said that in future Ukraine can expect the same thing up to 2035.

In Germany, the situation is somewhat different. President Steinmeier was willing to visit Ukraine, but President Zelensky rejected his visit and stated that Steinmeier had a too close relationship with Russia. Germany is also claiming its readiness to supply tanks to Ukraine, but likely with already obsolete equipment.

Poland opened a diplomatic corridor to Ukraine a few days ago, through which representatives of France have already entered the country. Poland is also supplying old models of T-72 tanks, the first batch of T-72s has already been shipped from Lublin, and about 100 tanks are reportedly planned to be sent to Ukraine. In addition to tanks, several BMPs are being transported to Ukraine.

Slovakia has supplied Ukraine with the S-300 missile system, which has already been destroyed by the Russian army. The Slovak government is considering supplying MiG-29s to Ukraine. Slovakia will allow Ukrainian troops to train on its territory.

Thus, on the one hand, the fact of indirect war of NATO against Russian Army can be confirmed and Ukraine should be considered only as a battlefield. On the other hand, there are alleged Ukraine’s attempts to restore its territorial integrity, but one should not forget about the post-crisis settlement of the conflict and Ukraine’s payment to all those who helped it in military actions.

It should also be noted that European countries’ military assistance to Ukraine is negatively affecting their economies. Inflation in Britain has increased by 2% since February of this year and has reached 8%. The average British household will pay 73% more for its bills than last year. In the Czech Republic, gasoline rose 50%, electricity 24.7%, gas 37.7%, and inflation hit a record 12.7%. In Germany, inflation was 7.3%.

At this point, one can say that the war in Ukraine is forcing all sides to bear the economic costs. This is relevant to all sides – the sagging of the EU economy, the destruction of the Ukrainian economy, and the huge impact of sanctions on the Russian economy. Arms deliveries to Ukraine will make the conflict even longer, but in the end will do little good for the Ukrainian army, as attacking Russian troops in Russian-controlled territory does not seem to be the most rational solution. The only benefit for Ukraine’s army is an increase in defensive capabilities.