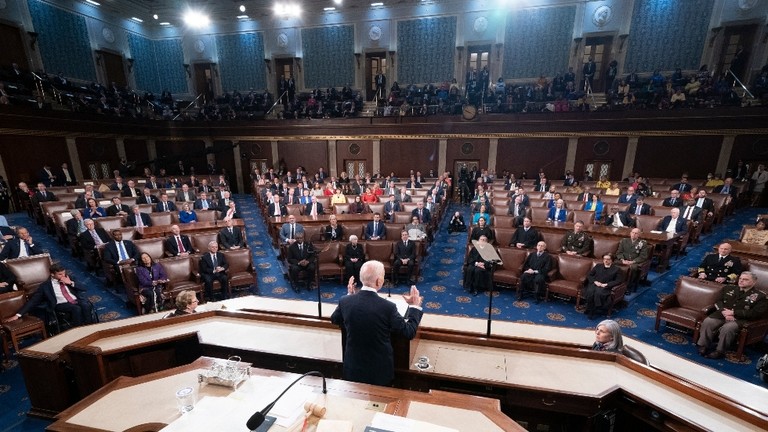 Moscow has slapped retaliatory penalties on hundreds of members of Congress

Russia has introduced sanctions on nearly 400 US lawmakers in a tit-for-tat response after Washington took a similar step against members of the State Duma and Federal Assembly.

The new penalties were imposed on 398 representatives on Wednesday, the Russian Foreign Ministry announced in a statement, noting that the sanctions “mirror” similar measures against local MPs by Washington. All of the US lawmakers targeted have been banned from entering Russia.

“With ongoing US sanctions, further announcements of Russian countermeasures are planned in the near future, involving an increase in the number of people on the ‘stop list’ and other retaliatory steps,” the ministry said.

Similar restrictions were also slapped on 87 Canadian senators in response to Ottawa’s earlier move to sanction members of the Russian Federation Council.

Canada “against its own national interests is trying to stay in the forefront of the Russophobic course pursued by the current US administration,” the Foreign Ministry said in a statement, criticizing Ottawa for having a “dependent” foreign policy.

The move by the Foreign Ministry comes a month after the Kremlin rolled out sanctions against a series of top US officials, among them President Joe Biden, House Speaker Nancy Pelosi, Defense Secretary Lloyd Austin, and Secretary of State Antony Blinken.

Russia has become the world’s most sanctioned nation after it launched a large-scale offensive in Ukraine in late February.

The US, EU and their allies have introduced several waves of draconian restrictions against Moscow, targeting politicians, businessmen and whole branches of the economy. Numerous international brands, including the likes of Apple, McDonald’s and IKEA, have also suspended their operations.

Moscow said it sent its troops into the neighboring country after Ukraine’s failure to implement the terms of the Minsk agreements signed in 2014, and Russia’s eventual recognition of the Donbass republics of Donetsk and Lugansk. The German and French brokered Minsk Protocol was designed to give the breakaway regions special status within the Ukrainian state.