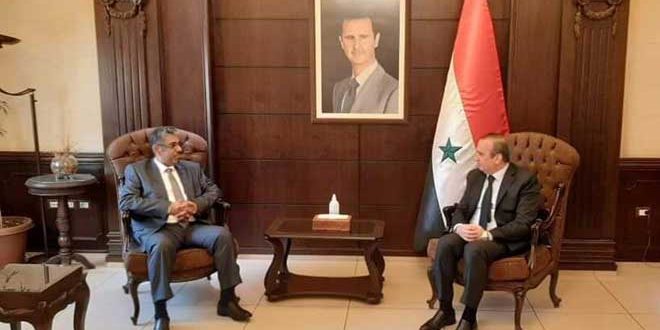 Minister Makhlouf referred to the importance of the existing relations between Syria and the UAE and the possibility of exchanging experiences and expertise between the two countries and deepening joint work relations.

For his part, al-Nuaimi described the relations between Syria and the UAE as deeply-rooted, hoping these relations would witness further development, which will have a positive impact on the two brotherly countries.