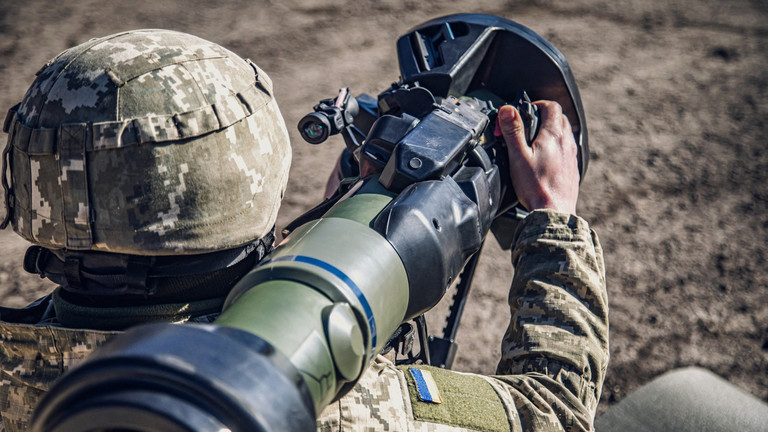 British special forces are in Kiev teaching troops how to use UK-supplied anti-tank weapons, according to The Times

British SAS troops have trained Ukrainian forces for the first time since the Russian military offensive began, in February, Ukrainian commanders told The Times on Friday.

Instructors from the UK were previously withdrawn from the country, two months ago, when NATO member states were expecting a Russian assault.

The British have now returned to teach locals how to use NLAWs, UK-supplied shoulder-fired anti-tank missile launchers, the paper explained, citing Captain Yury Mironenko and two other Ukrainian commanders, identified only by their nicknames.

The units which received the training are stationed around the capital, Kiev, the report revealed.

“We have received huge military help from Britain,” Mironenko told the paper. “But the people who knew how to use NLAWs were in other places, so we had to go on YouTube to teach ourselves,” he said, adding that the British officers were in their unit two weeks ago.

The UK Defense Ministry refused to confirm whether British commandos had visited Ukraine. Armed Forces Minister James Heappey, however, said this week that a group of Ukrainian soldiers would travel to the UK for training.

London has been one of Kiev’s primary arms suppliers, sending weapons ranging from anti-tank and anti-aircraft missile systems to armored vehicles. Prime Minister Boris Johnson made a surprise visit to Kiev last week, where he met with Ukrainian President Volodymyr Zelensky and promised more support.

Russia attacked its neighbor in late February, following Ukraine’s failure to implement the terms of the Minsk Agreements, first signed in 2014, and Moscow’s eventual recognition of the Donbass republics of Donetsk and Lugansk. The German and French brokered protocols were designed to give the breakaway regions special status within the Ukrainian state.