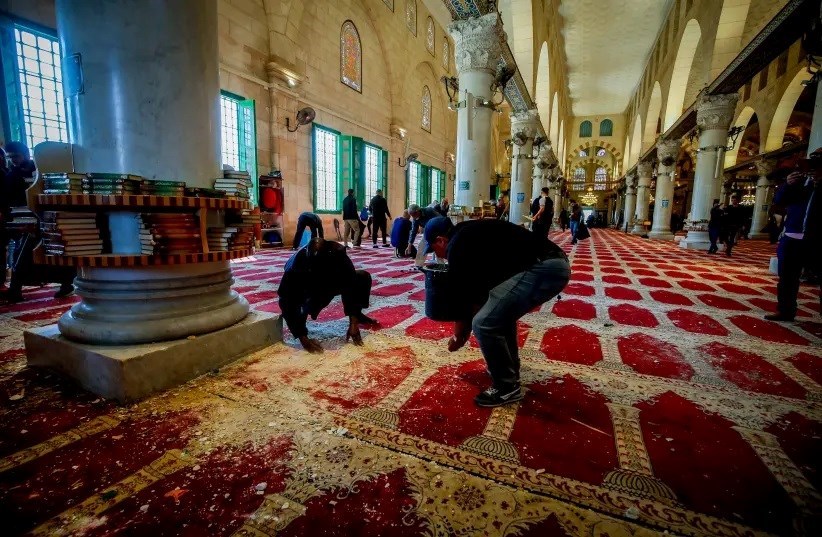 Settler groups enter Al-Aqsa Mosque under the protection of the Israeli police, who are besieging Al-Qibly (Southern Prayer Hall) in the mosque, our correspondent stressed.

Our correspondent added that the Israeli occupation forces continue to fire stun grenades and rubber bullets in Al-Aqsa, and Palestinian youths respond by throwing firecrackers.

Earlier, Israeli occupation forces fired stun grenades inside the vicinity of Al-Aqsa to force worshippers out of the mosque’s gates.

Israeli occupation forces had earlier on Sunday assaulted Palestinian worshippers who were performing dawn prayers at the mosque and brutally assaulted them, arresting a young Palestinian in a violent method.

Furthermore, the IOF also increased restrictions at the gates leading to Al-Aqsa, barring worshippers from entering the mosque to perform dawn prayers.

The Palestinian Red Crescent Society announced this morning that its crews treated two Palestinians, one of whom was injured by a rubber bullet and the other by Israeli occupation forces at the Bab Al-Asbat Minaret, one of Al-Aqsa Mosque’s gates.