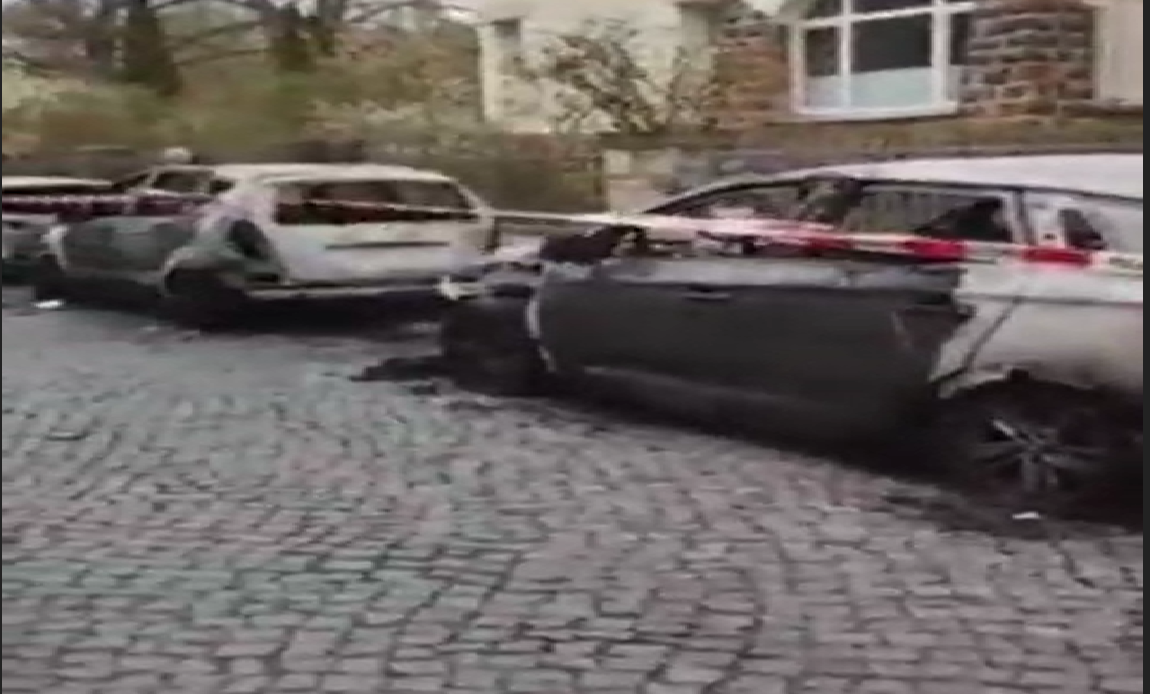 The author of the video reports that some of the burned cars belong to those who took part in a rally against the oppression of Russians or the Russian language in Germany. The rest of the cars belong to local residents who were unlucky enough to be parked in the vicinity.

A tent city for Ukrainian refugees was recently opened in Hanover.

This is not the first time that persons who have recently arrived in the EU from Ukraine have committed demonstrative crimes. The victims are any people who do not “like” them, refusing to shout “Glory to Ukraine” or give a few euros.

Many local people wonder what causes such behaviour. Germany has experienced several waves of immigration, including from war-torn countries such as Iraq, Afghanistan, and Syria. The Federal Republic of Germany was directly involved in the destruction of these countries alongside with the US.

These people from the western regions of Ukraine who came to Germany were not, for the most part, directly affected by the war as refugees from the Middle East.

Perhaps a video below of the perverse medieval torture of a theft suspect could provide answers to what awaits Europe soon. Pay attention to the fact that the lynching is carried out by the police.