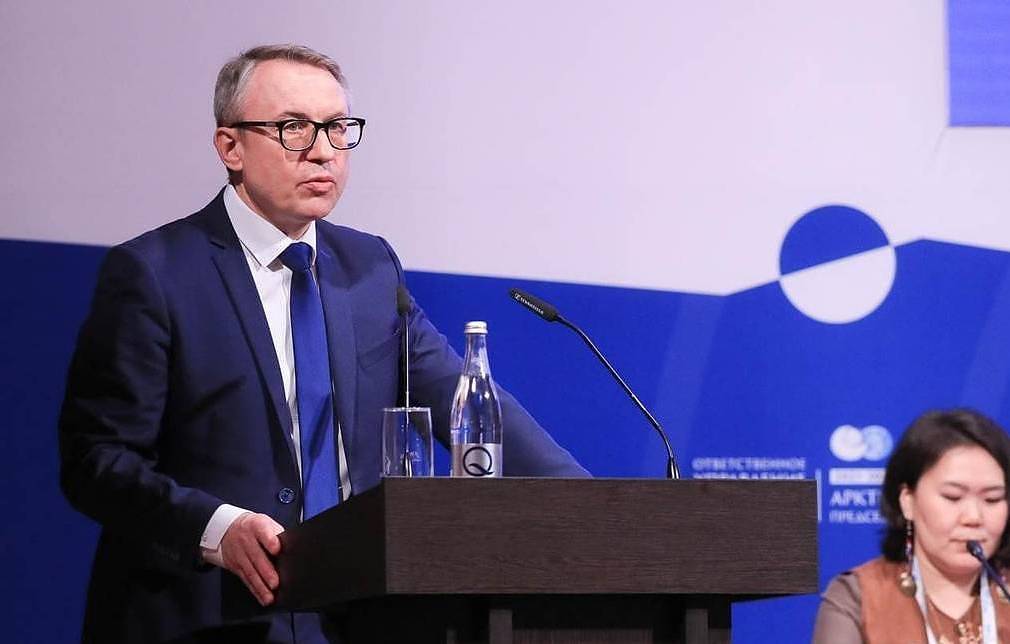 Russia is concerned about the involvement of NATO’s non-Arctic states in the alliance’s military activity in northern areas and notes risks of unintentional clashes with the alliance’ forces in the Arctic, Russian Foreign Ministry’s Ambassador-at-Large Nikolay Korchunov told TASS.

“The internationalization of the Alliance’s military activities in high latitudes, in which non-Arctic NATO states are involved, can’t fail to cause concern,” said the diplomat, who is also Chairman of the Senior Officials Committee at the Arctic Council. “This raises the risk of unintentional incidents, which, in addition to security risks, can also cause serious damage to the fragile Arctic ecosystem.”

NATO’s military exercises in the north of Norway don’t help security in the Arctic, Korchunov said. “The recently increased activity of NATO in the Arctic is a matter of concern,” he said. “Recently, another large-scale military exercise of the alliance took place in the north of Norway, which, in our opinion, does not contribute to ensuring security in the region.”

The large-scale international exercises Cold Response started in Norway on March 14 and lasted two weeks. They were the largest Norwegian-led maneuvers since the 1980s, the country’s Foreign Ministry said. The drills involved about 30,000 soldiers from 27 states, including Finland and Sweden that are NATO partner countries.

If Sweden and Finland join NATO, it would hurt security and trust in the Arctic, Korchunov told.

“Of course, NATO expansion at the expense of traditionally non-bloc countries will not contribute to security and mutual trust in the Arctic, the strengthening of which Russia has consistently advocated,” said the diplomat, who is also Chairman of the Senior Officials Committee at the Arctic Council, when commenting on the prospect that Sweden and Finland will join NATO.

The diplomat said discussions on this issue are currently underway in Stockholm and Helsinki. “I’d like to note that the long-term commitment of Stockholm and Helsinki to the policy of non-alignment with military alliances has been an important factor in stability and security in the region of Northern Europe and on the European continent as a whole,” Korchunov said.

Earlier, The Times reported, citing sources, that Helsinki and Stockholm could apply for membership as early as the summer. On Thursday, Deputy Chairman of the Russian Security Council Dmitry Medvedev said that Russia would strengthen its western borders if Sweden and Finland joined NATO, and then “there will no longer be any talk of a non-nuclear status for the Baltics.”.

Russia is warning the West about the negative consequences of attempts at establishing formats other than the Arctic Council, Korchunov said.

“Possible attempts at establishing, in the current situation, some alterative cooperation structures in the Arctic will only lead to creating division line and will intensify centrifugal tendencies, which will harm the collective principles we have been traditionally guided when making decisions in the Arctic region,” he said.

The pause in the work of the Arctic Council “will tell adversely on the efforts toward improving the wellbeing of the Arctic population, first of all, the indigenous peoples of the North, who enjoy the status of permanent members of this organization,” he said. “Mutually beneficial cooperation between the indigenous peoples of all Arctic states must not be a hostage to the current political situation.”

All countries of the Arctic Council but Russia issued a written statement on March 3 refusing to take part in any Council meetings either chaired by Russia or taking place on its territory over the situation around Ukraine.

The Arctic Council is an intergovernmental organization of Arctic countries. Its members are Denmark (along with Greenland and the Faroe Islands), Iceland, Canada, Norway, the United States, Finland, Sweden, and Russia). In 2021, when the Council marked its 25th anniversary, the two-year presidency came over from Iceland to Russia.