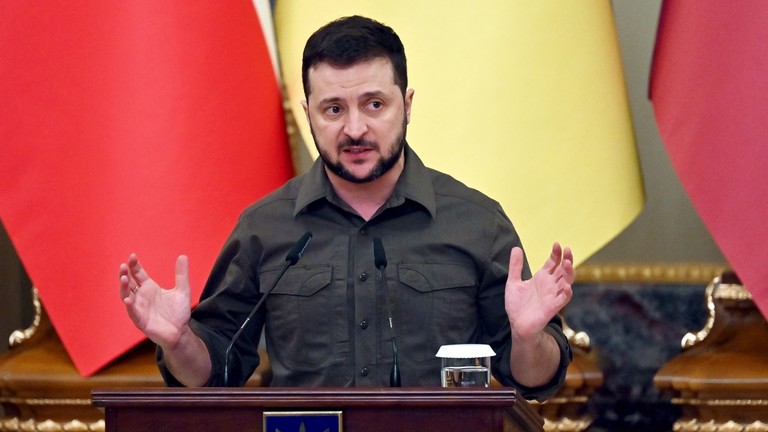 Ukraine is not prepared to give up its territories and is ready, if needed, to fight with Russia “for ten years,” the country’s President Volodymyr Zelensky has said.

In an interview with CNN, Zelensky said that for Ukraine “the battle for Donbass is very important” for a number of reasons. He explained that this battle might influence “the course of the whole war.” However, the president stressed that the preferable solution of the conflict is the diplomatic one.

“We cannot give up our territory, but we must find some kind of dialogue with Russia,” Zelensky said, underlining that no talks could be conducted “on the basis of the Russian ultimatum.”

He stressed that a dialogue is needed to prevent more deaths but he hasn’t ruled out another option.

“We can fight the Russian Federation for 10 years,” Zelensky said.

He said that the Ukrainian forces in Donbass are some of “the best military” the country has. “It is a large grouping. And Russia wants to encircle them and destroy them,” he said.

He clarified that he was talking about “44 thousand professional military men who survived a great war from the beginning of 2014.”

“This is why it is very important for us to preserve that part of our army,” the president underlined.

Asked by CNN presenter if Ukraine would be victorious in the conflict, Zelensky said, “Yes, of course, and will.”