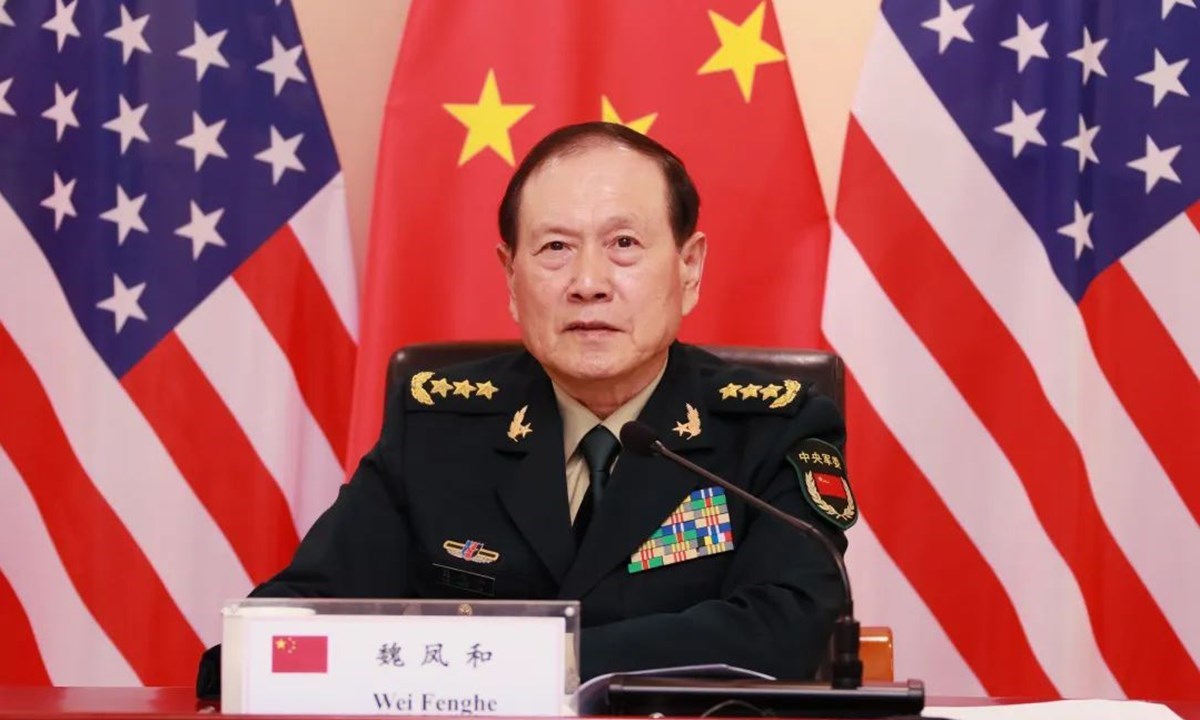 China stresses that the United States should stop using various false pretexts to vilify Beijing and ruin its image, especially the Ukraine crisis.

The US government should stop underestimating China’s resolve and ability to protect its national interests, Chinese Defense Minister Wei Fenghe told his US counterpart, Lloyd Austin, during a phone call on Wednesday.

“China hopes to establish a healthy and stable relationship with the United States, and [China] will protect its national interests and dignity. The US should not underestimate China’s resolve and capabilities,” the ministry announced.

Wei added that if the Taiwan issue was resolved in an unacceptable manner, it would have a devastating effect on China-US relations.

US needs to stop using Ukraine crisis against China

The Chinese Defense Minister also told the United States it should stop using the Ukrainian crisis to demonize China.

“China demands that the United States stop military provocations at sea and not use the Ukrainian issue to hurt, frame, threaten and pressure China,” the ministry quoted Wei as saying.

China announced on Tuesday that it signed a security pact with the Solomon Islands amid tensions in the region, especially over Taiwan, as the US tries to establish a foothold there.

Australia is worried that the pact, whose details have not been made public, could be a step toward a Chinese military presence less than 2,000 km away.

Regarding the US using the war in Ukraine to hurt China’s image, a senior United States senator, during a trip to Taiwan, said on Friday that China must pay a price for backing Russia’s operation in Ukraine.

During the trip, the American lawmakers vowed that Washington would not abandon Taipei.

Beijing warned of “severe measures” in response to a two-day visit to the island by a delegation led by Lindsey Graham, a vociferous China hawk.