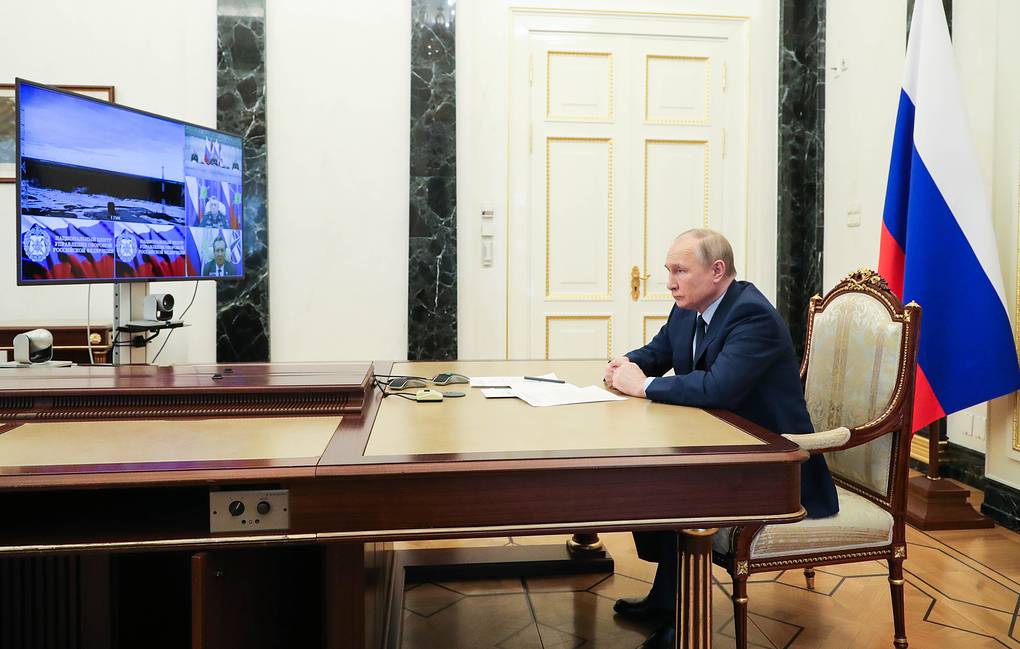 Russian President Vladimir Putin has congratulated the military on the successful launch of the Sarmat intercontinental ballistic missile (ICBM), noting that this unique weapon will force everyone who tries to make threats against Russia to think twice.

Before the Sarmat launch, Russian Defense Minister Sergey Shoigu told the president that the preparations to test fire the missile had been completed, and then footage of the launch was aired and watched by the president.

“I congratulate you on the successful launch of the Sarmat intercontinental ballistic missile. It is a great and landmark event in the development of advanced weapon systems in the Russian army,” Putin said.

According to the president, the new system has the highest tactical and technical characteristics and is capable of evading any modern missile defense system.

“It has no analogs in the world and will not have any for a long time to come. This truly unique weapon will bolster the combat capabilities of our Armed Forces, will reliably safeguard Russia’s security from external threats and will make those who in the frenzy of rabid and aggressive rhetoric are trying to threaten our country think twice,” the Russian president stressed.

Putin emphasized that only Russian-made parts and components were used for developing the Sarmat intercontinental ballistic missile.

“I would like to stress that in creating Sarmat the parts or components of exclusively domestic manufacture were used. Of course, this will make its batch production easier and accelerate the process of providing it for the Strategic Missile Force,” Putin said.

Russia’s Defense Ministry reported that the first launch of a Sarmat intercontinental ballistic missile (ICBM) was conducted from the Plesetsk cosmodrome in the Arkhangelsk Region on Wednesday at 15:12 Moscow time.

According to the ministry, “the launch’s tasks were achieved in full. The designated characteristics were confirmed at all the stages of its flight. The practice warheads arrived at the designated area at the Kura proving ground on the Kamchatka Peninsula,” the ministry added.