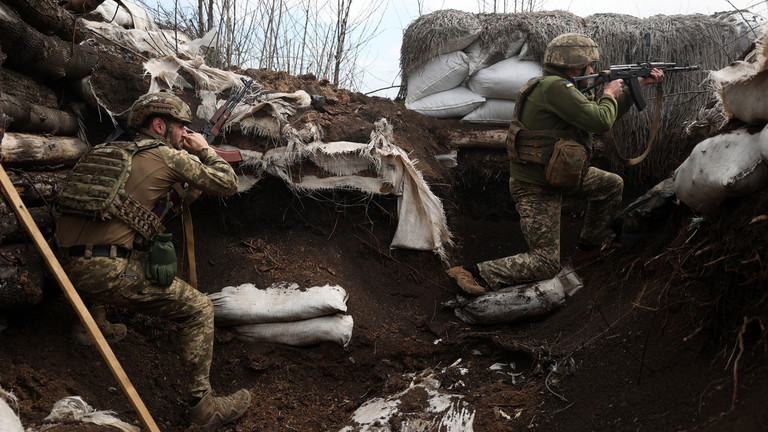 The foreign ministry of Ukraine said on Wednesday that Kiev is in favor of a four-day “Easter ceasefire” proposed by the UN secretary general, and remains committed to resolving the conflict with Russia peacefully and through diplomacy.

However, Foreign Minister Dmitry Kuleba, had a day earlier, contradicted this stance by telling French media the solution could be found only on the battlefield.

“We fully share the opinion that a humanitarian pause is necessary for the safe evacuation of thousands of civilians wishing to leave the dangerous zones of ongoing and possible hostilities, primarily from the long-suffering Mariupol,” the ministry said on Wednesday.

“We confirmed our agreement with the proposal for a humanitarian ceasefire, forwarded by the deputy secretary-general for humanitarian affairs and emergency relief, Martin Griffiths,” the ministry said, adding that Ukraine “always has been and remains committed to solving the conflict by peaceful and diplomatic means.”

On Tuesday evening, however, Kuleba said something entirely different.

“The question of ending the war with Russia will be resolved on the battlefield, not at the negotiating table,” Kuleba told the French news channel France 24. “This is not a question we intend to resolve through diplomacy.”

Earlier on Tuesday, UN Secretary General Antonio Guterres called on Russia to accept a four-day Easter ceasefire in Ukraine, starting on Thursday. Most Russians and Ukrainians belong to the Eastern Orthodox Church, which celebrates Easter on April 24 this year.

“Inspired by the Holy Week, I urge all parties, and all champions of peace around the world, to join my Easter appeal,” Guterres said in New York. “Save lives. Stop the bloodshed and destruction.”

The Russian Foreign Ministry has not officially responded to this initiative. Moscow’s deputy ambassador to the UN, Dmitry Polyansky, told the Security Council on Tuesday that Ukraine has repeatedly misused or refused to use humanitarian corridors Russia has offered for evacuation of civilians, and that he saw no point in “playing games” with Kiev on the issue.

Dmitry Medvedev, deputy chair of the Russian Security Council, pointed out that within an hour of Guterres calling for a humanitarian truce, German Chancellor Olaf Scholz called for the West to send more heavy weapons to Ukraine, to “ensure Russia does not win the war.”

“A very consistent position of the international community,” Medvedev commented.

Russia attacked its neighboring state in late February, following Ukraine’s failure to implement the terms of the Minsk agreements, first signed in 2014, and Moscow’s eventual recognition of the Donbass republics of Donetsk and Lugansk. The German- and French-brokered protocols were designed to give the breakaway regions special status within the Ukrainian state.