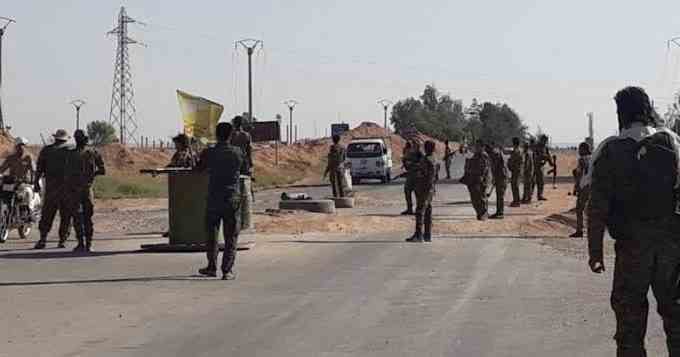 A number of US occupation backed-QSD militia armed men were killed and wounded in an attack with rocket shells that targeted a military point in Theban town, Deir Ezzor eastern countryside.

Local sources told SANA that an attack with rocket shells, carried out by unknown individuals, targeted a military point of SDF militia in Theban town in the eastern countryside. Meanwhile, violent clashes erupted that led to the killing and injury of a number of the militia members.

Most of areas in the countryside of Deir Ezzor, Hasaka and Raqqa seized by SDF militia are witnessing a state of anger and popular rejection through widespread protests that call for their expulsion from the region.