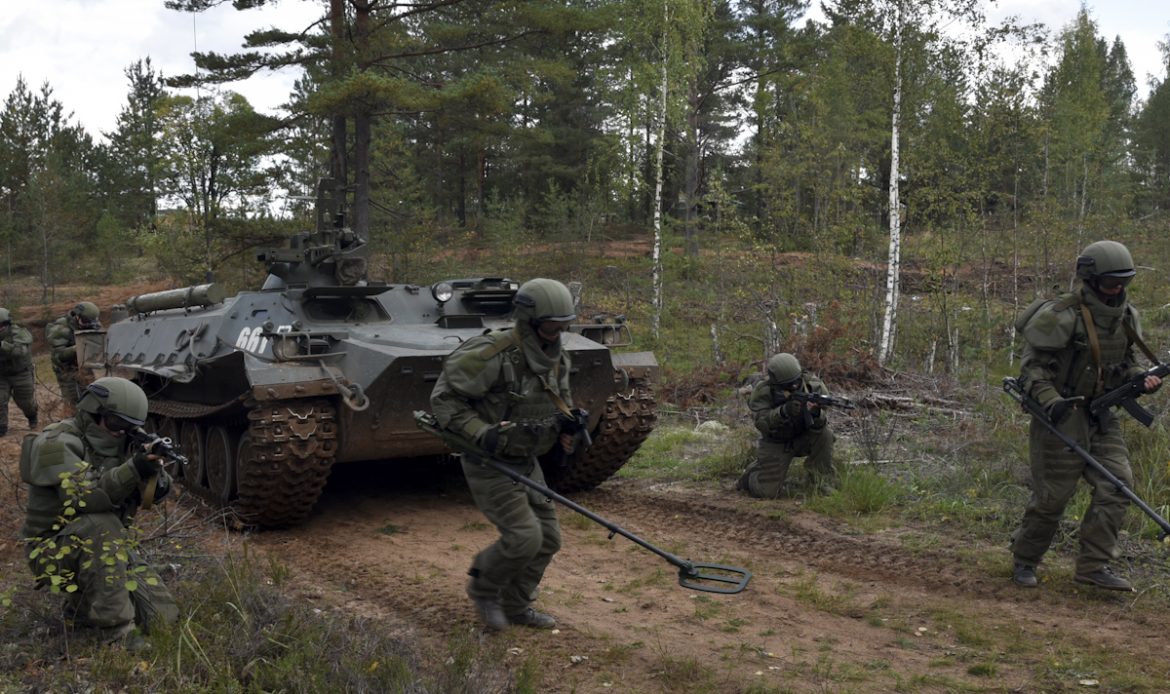 The Russian Ministry of Defence shared a video showing the demining of the areas left by Ukrainian forces in the Kharkiv region.

The demining operations are carried out by the engineering troops of the Armed Forces of the Russian Federation at the request of local residents. The residential areas, homesteads and farmland were heavily mined in the region by the AFU.

According to the Russian Ministry of Defence, “engineering reconnaissance is carried out on the spot, the situation is assessed, after which the mine clearance group begins to clear the area of explosive objects.”

The detected ammunition is loaded into vehicles specially equipped for safe transportation and explosive items are taken to the landfill and detonated by TNT charges.