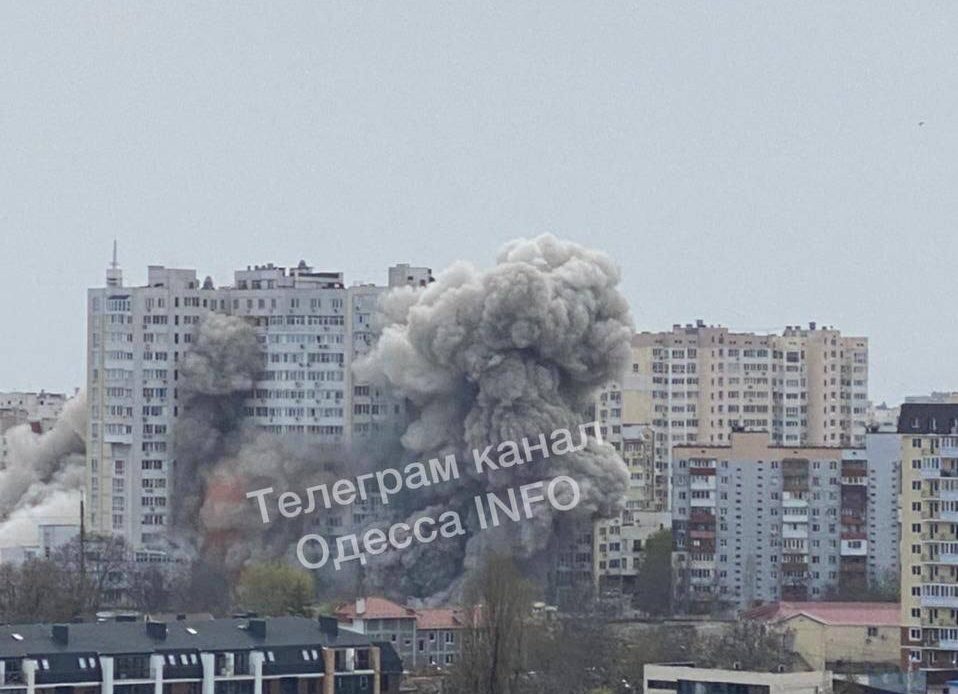 Russian servicemen struck a military airfield near Odessa. According to the Russian Ministry of Defence, a large batch of weapons from the United States and the EU was stored there.

“This afternoon, high—precision long-range air-based missiles of the Russian Aerospace Forces disabled a logistics terminal at a military airfield near Odessa, where a large batch of foreign weapons received from the United States and European countries was stored,” the official representative of the Russian Defense Ministry Igor Konashenkov claimed.

As a result of the attack, one of civilian houses was hit. According to Ukrainian sources, six people were killed.

According to local sources, the Shkolniy airfield is locates about six kilometers away from the house that was destroyed.

The General Staff of the Armed Forces of Ukraine reported that two missiles were shot down by air defense means in the sky over Odessa. One was intercepted directly above the city, the other one was shot down in Karolino-Bugaz.

Most likely the destruction of the civilian house was caused by the debris of the missile that was intercepted over the city by the air defence systems deployed at the airfield. If a Russian cruise missile hit the building, it would have suffered more serious damage. Apparently, the missile self-destruct system was activated when the guidance failed. It is also possible that the missile was damaged by air defense.

Last week, the Russian Defense Ministry said that the Russian Armed Forces shot down a Ukrainian military cargo plane over Odessa, which was delivering a large batch of Western weapons to the AFU.