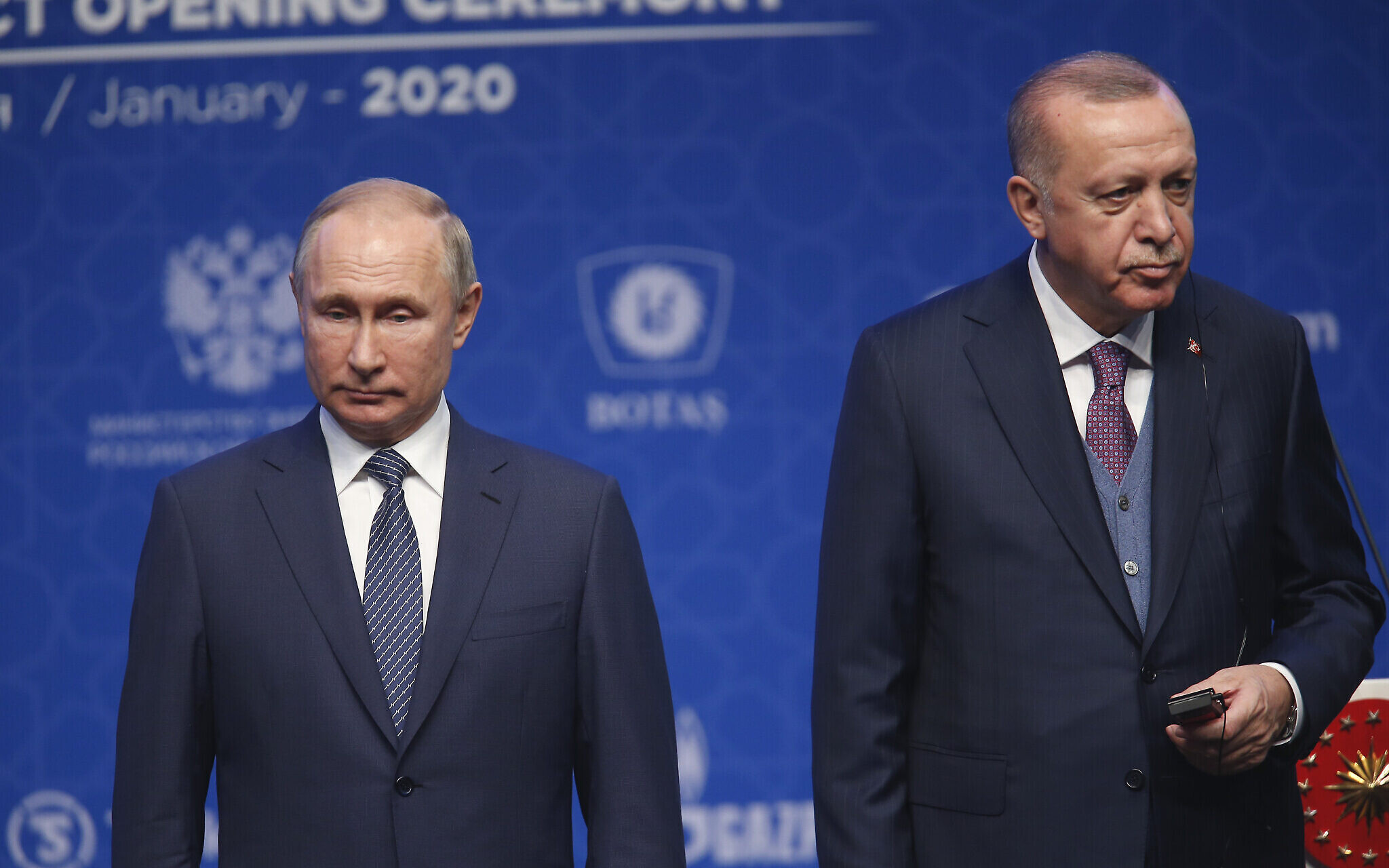 Turkish Foreign Minister Mevlut Cavusoglu told reporters on Saturday, that Turkey has banned all Russian planes, both military and civilian, from flying over Turkish airspace while going to Syria. This ban will remain for three months. The surprise move is seen as a bid to increase pressure on Russian President Vladimir Putin. Turkish-Russian relations have been strained, even though the two countries share interests in energy and economy. Experts are warning this new decision by Turkey may end with an escalation between Turkish and Russian forces in Syria.

As the war in Ukraine enters its third month, Turkey seems to be shifting position once again. Turkey has shared interests with both Ukraine and Russia, and is a NATO partner and seemingly a US ally. Except, Turkey has angered the US numerous times over the recent years, and both the Trump and current Biden administrations have had serious differences with Ankara. Turkey has tried to keep a foot in both the West and the East. This balancing act tends to make Turkish President Erdogan appear to be wavering on issues.Ukrainian refugees and Russian exiles have sought shelter in Turkey, while Turkey has been trying to mediate an end to the conflict, hosting meetings between Russian and Ukrainian negotiators in Istanbul, and another between Russia’s Lavrov and Ukrainian counterpart Dmytro Kuleba in Antalya.Erdogan is keen on arranging a summit between Putin and Ukrainian President Volodymyr Zelenskyy; however, that hope shines dim at the moment.On April 25, UN Secretary General Antonio Guterres, will visit Ankara before heading to Moscow on the 26th, and finally to Kyiv on the 28th.

Guterres will attempt to mediate between the warring parties in an effort to end the war.Guterres never visited Erdogan in a bid to end the Turkish occupation of Syria, or to end the Turkish sponsorship of Hayat Tahrir al Sham, the Al Qaeda affiliate in Syria, formerly known as Jibhat al Nusra. Journalists wonder if Guterres might mention the thousands of journalists who have been jailed without charges or legality by Erdogan as he wiped out the free press. Judges, lawyers, teachers and police have also been languishing in prison without access to the legal system as Erdogan tightens his grip on power as a dictator in a democratic country.Zelensky criticized Guterres’s decision to head to Moscow before Kyiv, saying there is “no justice and no logic in this order.” He added, “The war is in Ukraine, there are no bodies in the streets of Moscow. It would be logical to go first to Ukraine, to see the people there, the consequences of the occupation.

” The white tents were already in Gazientep before the first Syrian refugee crossed the border at Idlib in 2011. Holding civilians in refugee camps is a message to the world that the Syrian conflict is so bad that its people are willing to flee their homes to seek shelter in Turkey, Jordan and Lebanon. Turkey holds 3.7 million Syrian refugees which is the greatest amount globally.Erdogan and his ruling AKP party are followers of the global terrorist organization, the Muslim Brotherhood, which is banned in Egypt, UAE, Saudi Arabia, Syria and Russia. Erdogan fulfilled his part in the Obama-NATO war on Syria for ‘regime change’. The CIA operation “Timber Sycamore” was operated in Turkey as they shipped weapons and terrorists into Syria to kill civilians while pretending to fight the Syrian government. Jibhat al Nusra, the Al Qaeda affiliate, was effective on the ground and by October 2015 the Russian military was requested to enter Syria to prevent the terrorists from gaining more territory.

Since then, Turkey and Russia have been on opposing sides in Syria. The Sochi Agreement was signed by Erdogan and Putin in late 2019. Under that document, Turkey was to pull its terrorists away from the M4 highway which connects the port of Latakia with the industrial capital of Syria, Aleppo. The M4 runs through the province of Idlib and the radical Islamic terrorists had prevented trucks and cars from safe passage. The Russian side of the document agreed to a ceasefire on ‘rebels’ but Al Qaeda and ISIS terrorists remained legitimate targets.Turkey never fulfilled the agreement and the M4 has remained closed to trucks and cars, forcing merchandise and people to drive hours out of their way to arrive in Aleppo. Syria also faces a chronic gasoline shortage, and the circuitous route only causes more suffering and pollution.On April 17, Turkish occupation forces and their radical Islamic mercenaries used heavy artillery to bombard the countryside of Ain Issa, a town north of Raqqa, in northern Syria. They also targeted the villages of Sayda and Ma’lak, and the M4 Highway in the northwest.The shelling caused damage to the residents’ properties, which reflects a Turkish attempt to create a state of fear among the villages’ residents.

Since the beginning of the holy month of Ramadan, the northeastern countryside of Ain Issa and the M4 Highway has been subjected to a repeated Turkish shelling.As a result of the invasion of Sere Kaniye (Ras al-Ain) and Tel Abyad by Turkish forces and their mercenaries, the M4 Highway linking Ain Issa town and Tel Tamr was closed in November 2019.In May 2020, the Russian Reconciliation Center in Syria held long talks with Turkish officials. They attempted to allow civilians to use the M4 highway with Russian military protection. However, the Turkish refused to fulfill the agreement, and refused to rein in the terrorists.In November 2015, Turkey shot down a Russian plane flying inside Syrian airspace. The Turks insisted the plane was over Turkey, but the satellite images proved they were wrong. The radical Islamic terrorists following the Muslim Brotherhood ideology captured the pilot and executed him on the spot, while desecrating his body on video.While Erdogan initially greeted the news of the downed plane euphorically, he later downplayed his emotions when it was proved to be a crime against Russia. Since then, Erdogan has tried to repair his relationship with Putin, and the Sochi agreement looked promising. However, since then Erdogan has proved to be erratic and undependable as a diplomatic partner. This has held true of his relations with the US, EU and NATO.