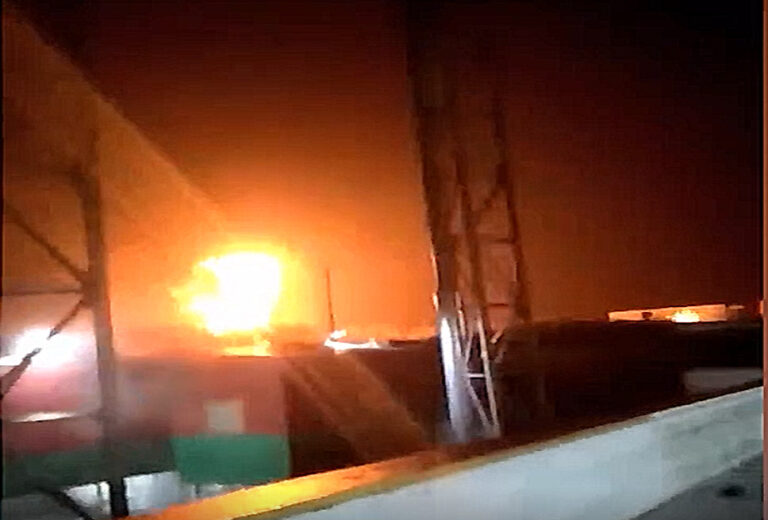 On April 25, an oil depot on the outskirts of Bryansk caught fire. Earlier a series of explosions had been heard in the city. The fire broke out on the tanks with fuel and lubricants. The official reasons were still not given by the Russian authorities.

The Ministry of Emergency Situations published the following information on its official website.

“At 2 a.m. on April 25, a fire was reported on Moskovsky Avenue. Fire crews were sent to the scene of the call. Upon arrival, it was found that there was burning in the territory of an oil depot. The fire has been given a high degree of severity”.

The footage was later deleted. It is reported that an air alert was declared in the city before the explosions.

However, according to witnesses’ reports, in addition to the oil depot, there was a fire in another area of the city. Presumably, the 120th arsenal of the Main Missile and Artillery Directorate caught fire. There is no information about that on state websites.

Firefighting is currently underway. The flames cannot be contained.

The explosion was captured with a CCTV camera. It looks like a missile or artillery strike.

No injuries were reported at the moment.

According to EMERCOM, firefighters from Moscow, Voronezh, Kaluga, Kursk, Orel, Smolensk, and Tula regions of Russia were involved in extinguishing the fire.

Suggestions of Ukrainian sabotage or missile strikes are spreading on social networks. Kiev has not claimed responsibility for the strikes at the moment.