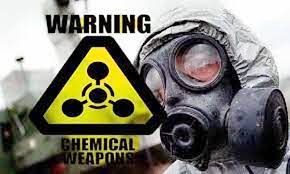 According to Alexander Shulgin, Russia can see the US, its allies and Ukraine closely coordinating on the OPCW platform

Moscow will do everything possible to prevent any potential chemical weapons provocations in Ukraine, Russian Permanent Representatives to the Organization for the Prohibition of Chemical Weapons (OPCW) Alexander Shulgin said at a briefing on Tuesday.

“We will do everything possible to prevent such developments,” he said in response to a question.

According to the envoy, Russia can see the US, its allies and Ukraine closely coordinating on the OPCW platform. “Every time Washington, Paris or London mention something, Ukrainian diplomats immediately pick up on it and start flooding the organization’s technical secretariat with various notes, alleging that Moscow is engaged in setting up a chemical false flag operation, meaning to use chemical weapons and blame it on Kiev,” Shulgin pointed out.

“We have already evaluated the relevant statements by Western countries and their Ukrainian proteges at a meeting of the OPCW’s governing body, the Executive Council. We pointed out that it was a very short-sighted policy, which was like playing with fire,” the Russian envoy noted. He also stressed that the Russian Defense Ministry regularly published data shedding light “on the arrangements that Ukraine is devising.”.