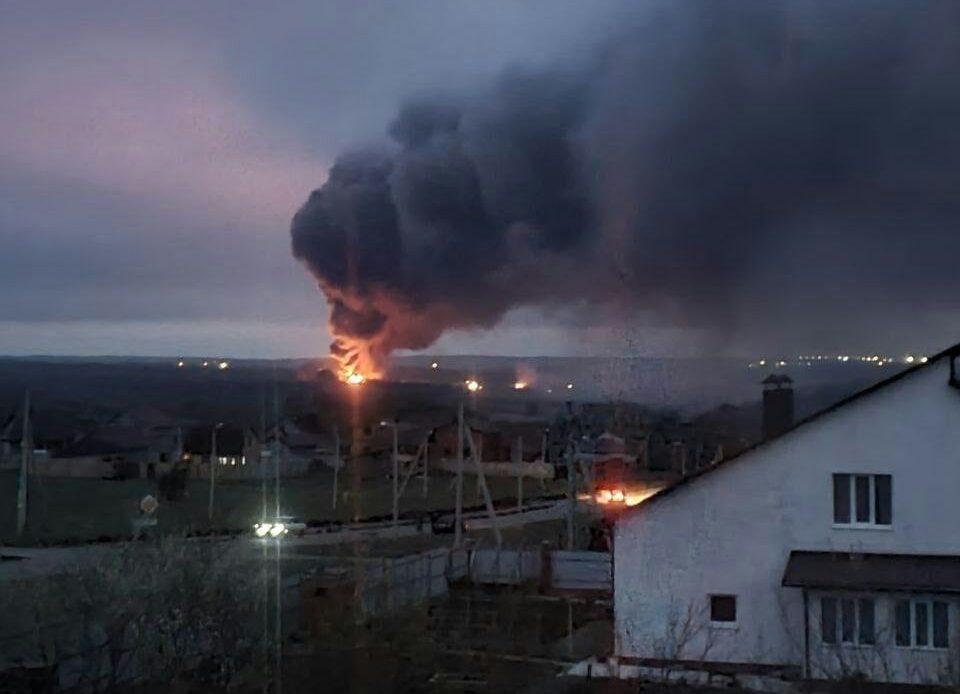 Against the backdrop of the crisis in Ukraine, the AFU continue the attacks on the Russian territory. The locations of the strikes have not changed; these are the same border territories of the Russian Federation – the Kursk, Belgorod, and Voronezh regions. The Russian Ministry of Defense notes that villages in Bryansk, Belgorod, and Kursk regions were shelled.

On April 25, the AFU struck the Druzhba oil depot and a second oil storage facility on the territory of a military unit in Bryansk.

On April 13, Ukraine shelled a border checkpoint in the Korenevsky District of the Kursk Region. Authorities of the Kursk region reported a small arms fire at a checkpoint in the village of Gordeevka on the border with the Sumy region of Ukraine. The points of fire were suppressed, and there were no casualties on the Russian side.

On April 23, Ukrainian troops shelled the border village of Tetkino in the Kursk region. There were reports of damage to a customs post, a mill, and a railway bridge. The shelling came from the Sumy region of Ukraine.

On the night of April 27, residents of Kursk reported explosions in the region The details of the incident are being clarified. There were 3-4 explosions and an aircraft was shot down. According to preliminary data, the air defense system intercepted an unidentified object. There were no casualties or destruction. According to witnesses, explosions were also heard in Oboyan, a town in Kursk region.

A Ukrainian drone was intercepted in the Kursk region. The military, special services and the regional administration have full control of the situation, and there is no reason to worry, the governor claimed.

On April 27, in the morning, several explosions were reported in the Shilovo region near Voronezh. Eyewitnesses supposed that the local air defense system intercepted an aircraft. This area is 300 km away from Ukraine.

The Governor of the Voronezh region Alexander Gusev said: “This morning in the sky near Voronezh an air defense system detected and successfully destroyed a small-sized reconnaissance UAV. The situation is under control. The lives and health of the region’s residents are not in danger.”

On April 15, Russian air defense forces shot down several AFU shells in the sky over Belgorod.

On April 26, the Ukrainian side once again shelled the village of Golovchino in the Belgorod region, regional governor Vyacheslav Gladkov said. Four houses were damaged and there were no civilian casualties.

An ammunition depot near the village of Staraya Nelidovka burned down in the Belgorod region on April 27. This was reported by Governor Vyacheslav Gladkov. According to Gladkov, there were no civilian casualties or damage to houses. In the video, published by local residents, it can be seen that explosions are still being heard during the fire. Earlier, an air defense system went off in the sky over Belgorod. Eyewitnesses reported explosions and smoke near the village of Oktyabrskoye in the Belgorod region.

The military operations in the border territories intensify. The air defense of the Russian Federation copes with the threat. However, Ukrainian artillery and drone strikes regularly achieve their targets.