Home Politics US to give Ukraine more intelligence – Bloomberg 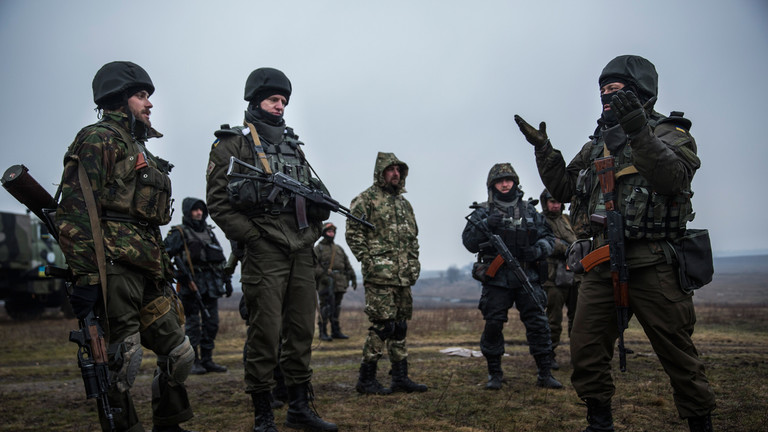 Washington offers to expand the information it shares with Kiev

The US Director of National Intelligence Avril Haines has reportedly lifted more restrictions on intelligence-sharing with Ukraine, sources told Bloomberg on Wednesday, adding that the expanded access is aimed at helping Kiev seize the breakaway republics in Donbass.

The source claimed Haines told Congress about the expanded intel-sharing after Congressman Mike Turner (R-Ohio), the chief Republican on the House Intelligence Committee, insisted in a classified letter that the Biden administration remove any restrictions on sharing intelligence.

Turner has long criticized the administration’s backing of Ukraine as insufficiently forceful, arguing for more weapons to be sent to Kiev by claiming this would somehow prevent an “actual direct conflict” between the US and Russia. However, Moscow has called for the US and Europe to stop arming Ukraine, claiming that the growing pile of arms sent Kiev’s way amounts to a proxy war against Russia.

Republicans from the Senate Intelligence Committee had previously urged Haines to “proactively share intelligence with the Ukrainians to help them protect, defend, and retake every inch of Ukraine’s sovereign territory” – a category, they argued, that includes the Crimea peninsula and the Lugansk and Donetsk republics of Donbass.

Last week, the US reportedly lifted some of its geographic limits on transferring “actionable information,” of the sort used in making split-second decisions on the field of battle, allegedly removing language related to specific locations in eastern Ukraine. However, the directive continues to limit information regarding military forces and potential targets across the border in Russia or Belarus.

The White House has previously held back on sharing such information “because that steps over the line to making us participating in the war,” Congressman Adam Smith (D-Washington), who chairs the House Armed Services Committee, said last month. The administration has also refused to give Ukrainian President Volodymyr Zelensky the no-fly zone he initially demanded, viewing it as an escalation that would directly involve the US and NATO in the war.

However, some members of Congress have been more hawkish in their approach. Turner made a point last month of asking the NATO commander for Europe, General Tod Wolters, if he was “satisfied” with the speed at which information was reaching Ukraine.

Wolters replied that he was “comfortable” but would like to see it “speed up,” adding that he would “say that even if it occurs in one second, I want it tomorrow to be in a half a second.”