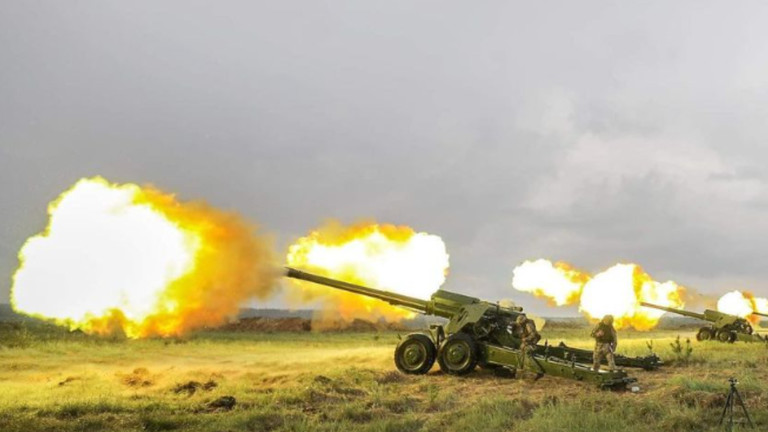 The new round of lethal aid follows more than $3.4 billion in US arms shipped into the Ukrainian war zone since late February

Washington has authorized yet another tranche of weapons for Ukraine’s armed forces, agreeing to send tens of millions of dollars in munitions and military hardware following a flurry of similar transfers in recent weeks.

The White House announced the move in a Friday press release, touting the “historical amount of security assistance” provided to Kiev since Russia launched its attack on February 24.

“I am announcing another package of security assistance that will provide additional artillery munitions, radars, and other equipment to Ukraine,” President Joe Biden said, arguing the American arms shipments have been “critical” to the country’s war effort.

A US official cited by Reuters offered a more detailed breakdown of the aid package, saying it comes with a $150 million price tag and will include “25,000 155mm artillery rounds, counter-artillery radar, jamming equipment, field equipment and spare parts.”

The new assistance will be financed with funds freed up under the Presidential Drawdown Authority, which allows the White House to transfer arms from US stocks to foreign states without congressional approval. The fund currently has about $250 million remaining, more than half of which will go to pay for the latest aid package.

Though President Biden argued the weapons will go “directly to the front lines of freedom in Ukraine,” their ultimate destination may never be known. US officials have acknowledged that the arms become virtually impossible to track once they enter the active conflict zone in Ukraine, with one intelligence source telling CNN they fall into a “big black hole” soon after arriving.

Friday’s $150 million package is unlikely to be the last for Kiev, as Biden proposed a gargantuan $33 billion in assistance for the country last month, including more than $20 billion in military aid. Lawmakers have yet to approve the measure, though the president urged them to move “quickly” to pass it, citing a “nearly exhausted” weapons stockpile.

“For Ukraine to succeed in this next phase of war its international partners, including the US, must continue to demonstrate our unity and our resolve to keep the weapons and ammunition flowing to Ukraine, without interruption,” he said in the Friday statement.

Biden is also set to sign the Lend-Lease Act of 2022 into law on Monday, which will facilitate further arms shipments to Ukraine and allow new weapons systems to be delivered.