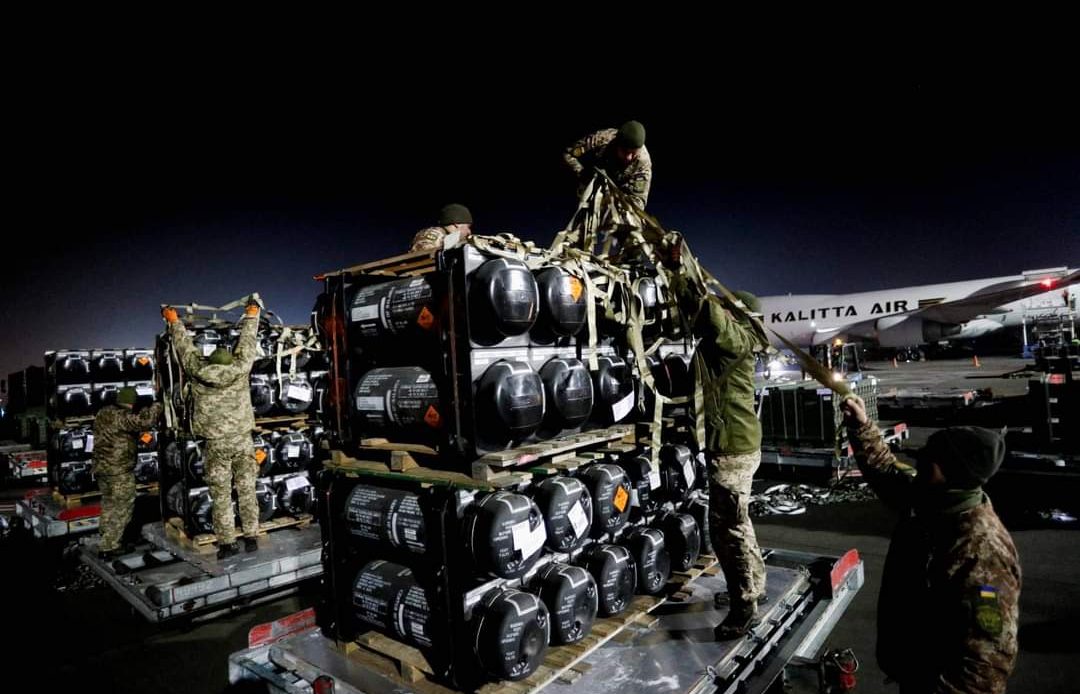 White House Press Secretary Jen Psaki has confirmed that President Joe Biden will sign the Lend-Lease Act of 2022 on Monday. The legislation will make it easier for Washington to ship more types of weapons to Ukraine.

The authorisation will take place on May 9, or “Victory Day” – when the defeat of Nazi Germany is celebrated annually in Russia. The symbolism will almost certainly raise eyebrows in Moscow.

“The president will sign the Ukraine Democracy Defense Lend-Lease Act of 2022,” Psaki said on Friday, aboard Air Force One en route to the Cincinnati/Northern Kentucky International Airport. Biden is set to meet manufacturing leaders in the Greater Cincinnati area on Friday afternoon.

The “Lend-Lease Act,” which was previously used to help the allies during WWII, was revived and backed by the US Congress last week and will allow the US to export unlimited weapons to Kiev.

While the bill was approved by Congress last week, it was put together back in January – more than a month before Moscow recognized the Donbass republics as independent and sent troops into Ukraine.

Moscow has repeatedly condemned the US and its NATO allies for delivering arms to Ukraine, insisting that the inflow of supplies will only prolong the conflict. The Kremlin has also said Western weapons are considered a legitimate target once they enter Ukrainian territory.

Since Russia launched its military operation on February 24, Washington has pledged almost $15 billion in military aid to Kiev. Biden has urged Congress to pass his $33-billion Ukraine aid package, which would direct $20 billion toward providing military support for Kiev.

Russia attacked the neighboring state in late February, following Ukraine’s failure to implement the terms of the Minsk agreements, first signed in 2014, and Moscow’s eventual recognition of the Donbass republics of Donetsk and Lugansk. The German and French brokered Minsk Protocol was designed to give the breakaway regions special status within the Ukrainian state.