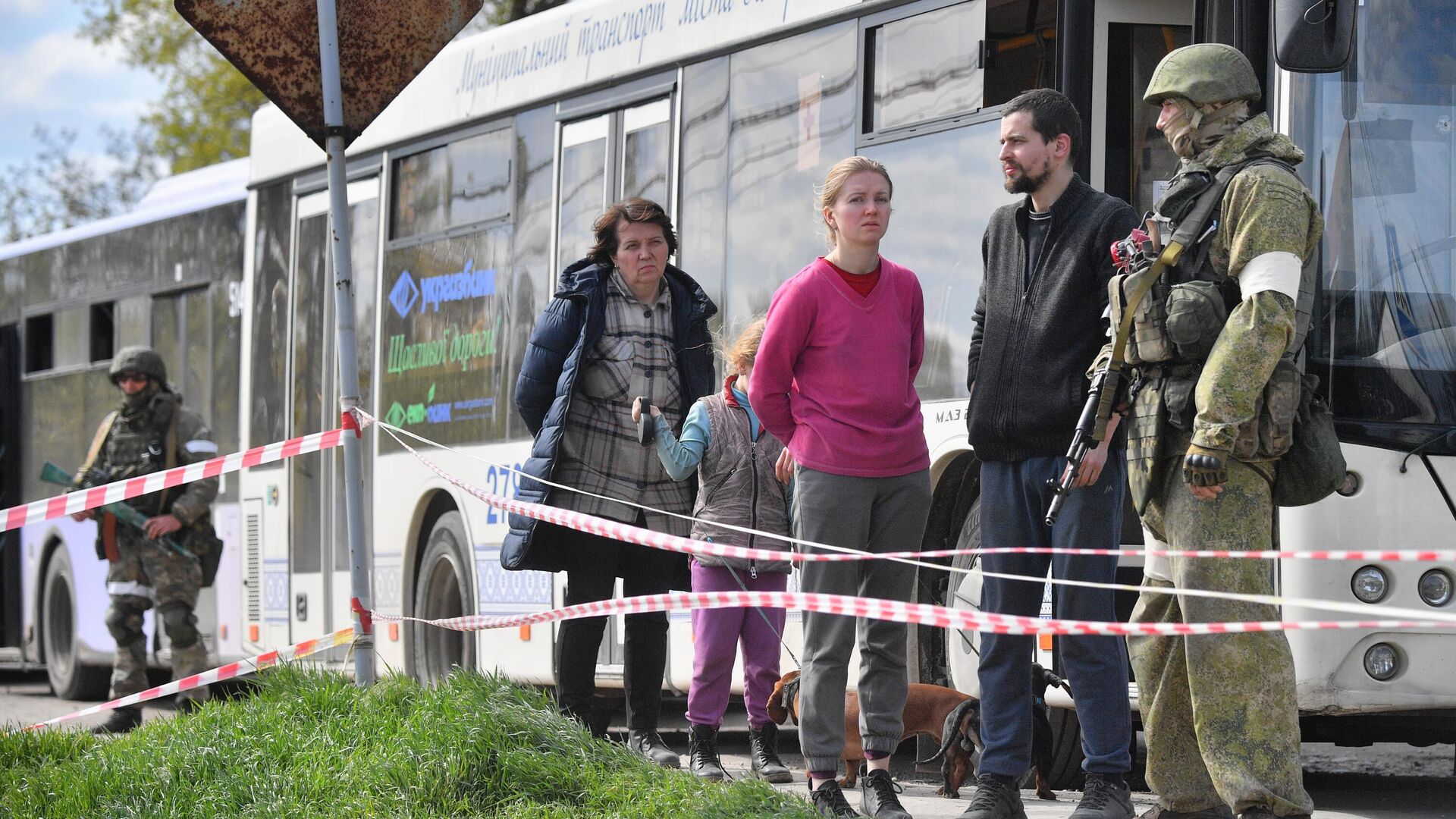 On May 7, the Joint Coordination Headquarters for Humanitarian Response in Ukraine reported that a humanitarian operation to evacuate civilians from Azovstal plant was completed.

From May 5 to May 7, 51 more civilians were evacuated from the basements.

” Thanks to unprecedented measures taken by the leadership of the Russian Federation, with the active participation of representatives of the United Nations and the International Committee of the Red Cross, a  humanitarian operation to evacuate civilians from Azovstal plant is now complete. During the period of the operation (from May 5, 2022), 51 people (18 men, 22 women, 11 children) were rescued, including one person on May 7, 2022.

Each citizen is provided with security and qualified medical and psychological assistance. Rescued civilians, accompanied by representatives of the United Nations and the International Committee of the Red Cross, departed for selected temporary accommodation sites.” – the report reads.

In total, 182 people, including the elderly, women and children, were evacuated from the territory of the Azovstal plant in Mariupol, the Headquarters of the territorial Defense of the DPR reported on May 7. On May 6, the UN Secretary General reported that about 500 people were taken out of the blocked plant and adjacent territories.

All the released civilians were evacuated to the settlement of Bezymennoye, where they were provided with accommodation, food and medical care. Evacuated civilians who wished to leave for areas controlled by the Kiev regime were handed over to representatives of the UN and the International Committee of the Red Cross.

The security operations were carried out by the Russian and DPR military, with the active participation of representatives of the United Nations and the International Committee of the Red Cross. At the same time, Ukrainian officials in Kiev attempt to claim another victory.

She claimed that all children, women and the elderly were evacuated from Azovstal in Mariupol. Earlier, Vereshchuk claimed that about 1 thousand civilians had remained at the enterprise.

Despite the efforts to assure the ceasefire regime on the Azovstal facilities, shelling was reported by the both sides.

According to military sources from the spot, the Azov militants besieged in Azovstal disrupted the evacuation of civilians along the humanitarian corridor from the territory of the plant. The Ukrainian Armed Forces also used the ceasefire regime established by the Russian military to mine the passages at Azovstal. Groups of Ukrainian militants were spotted moving around the industrial zone, mining the concrete fence.

On May 6, the Ukrainian Azov regiment reported that 3 Ukrainian militants were killed, 6 more were injured. A military vehicle was reportedly hit by Russian anti-tank guided weapon.

According to Azov militants, the vehicle was moving towards civilians in order to evacuate them from the plant. Russian sources claimed that some of the Azov militants tried to regroup their forces and break out of the territory of Azovstal.

The end of the humanitarian operation to evacuate civilians from the Azovstal plant may mark another round of hostilities at the plant. Another round of massive shelling of industrial facilities should be expected. While the Russian President ordered to avoid the storming of Azovstal in order to save the lives of Russian servicemen, it is quite possible that the plant will be shelled with high-explosive bombs, up to FAB-5000 or FAB-9000.