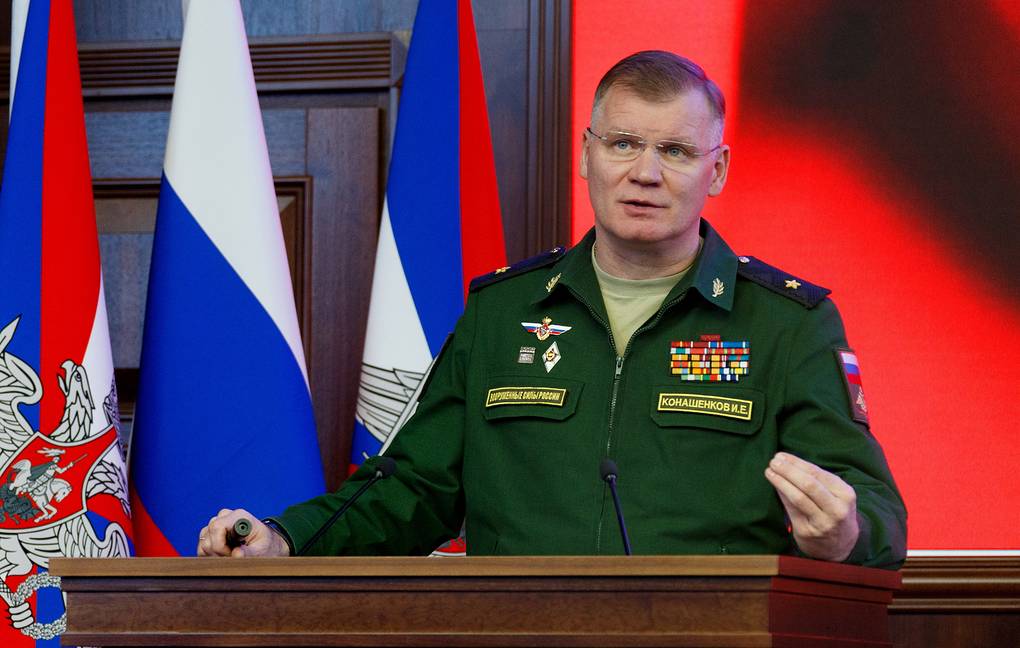 “Throughout the night, Russian air defense capabilities eliminated three Ukrainian unmanned aerial vehicles in the areas of the settlements of Mospino and Yunokommunarovsk in the Donetsk People’s Republic and the city of Odessa. A Ukrainian Tochka-U missile and a shell of the Smerch multiple launch rocket system were intercepted over the community of Khartsyzsk in the Donetsk People’s Republic,” the spokesman said.

Another two Smerch rockets were shot down near Malaya Kamyshevakha and Izyum, the general said.

A Su-25 ground attack plane of the Ukrainian Air Force was shot down in an aerial battle in the Kharkov Region and Russian combat aircraft also struck 16 areas of amassed enemy manpower and military equipment overnight, Konashenkov said.

“On the evening of May 9, a Su-25 plane of the Ukrainian Air Force was shot down in an aerial battle near the settlement of Novaya Dmitrovka in the Kharkov Region,” the spokesman said.

“Missile and artillery troops hit 33 command posts, 407 areas of the amassment of manpower and military equipment, and also five ammunition and fuel depots in the areas of Nikolayev and Mirnoye in the Nikolayev Region,” Konashenkov said.

The strikes eliminated up to 380 Ukrainian nationalists and incapacitated 53 items of military hardware, the spokesman said.