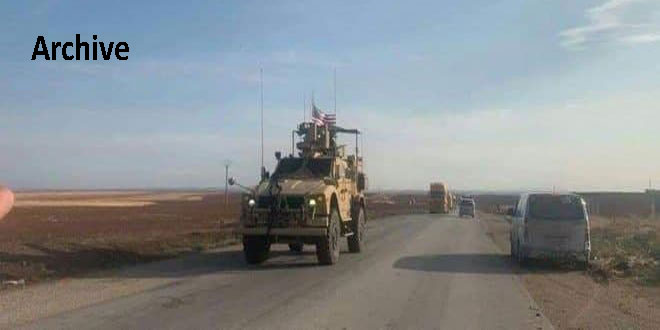 Several rockets hit US occupation base in al-Shadadi, Hasaka

Local sources told SANA reporter that before midnight on Monday, a rocket hit al-Jibsa residential complexes where the US base is present , and another rocket hit the directorate of al-Jibsa oil fields used by the occupation to manufacture drones for QSD militia.

The sources pointed out that the sirens of the ambulances were heard while the occupier’s aircraft flew over the area and there was a mobilization among the armed SDF militia.