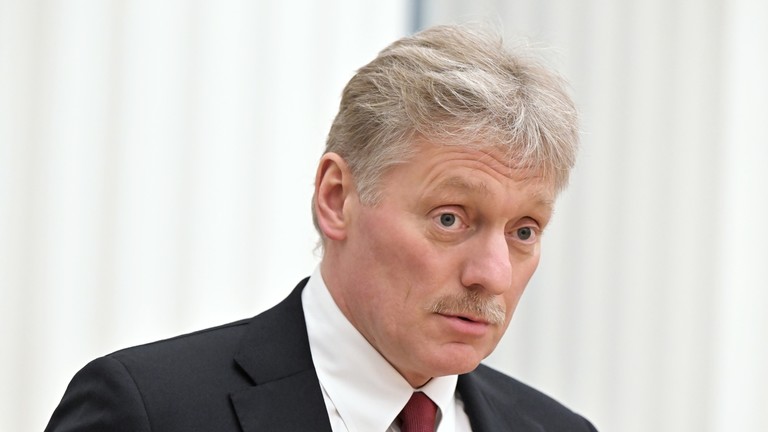 Opponents of the country have “stolen” our money and use Ukrainian proxies to hurt us, the Kremlin spokesman said

Western powers opposing Russia in Ukraine could be considered enemies waging a war against the state, Kremlin spokesman Dmitry Peskov said on Tuesday. He said economic sanctions, the arming of Ukrainian nationalists and giving them intel to attack Russian troops all amounted to acts of war.

“Sure, we are still using the mild term ‘unfriendly states’ when referring to them,” Peskov told an educational forum.

But I would say they are hostile states, because what they do is war.

He cited the decision to freeze Russian foreign reserves that the country kept in Western financial institutions and discussions about giving the money to Ukraine as an obvious attack on property rights, the cornerstone of Western civilization. “That was money that you and I own,” Peskov told the audience. “It was stolen from us, it is being stolen from us.”

Russia’s opponents are playing a more direct role in their attempts to hurt Russia in their “hybrid war,” the official said.“Not only American, but also British military advisers are telling armed Ukrainian nationalists what they should do and provide intelligence to them,” he said.

Foreigners are also helping Ukrainians smear Russia’s reputation amid the hostilities, Peskov said. “They stage provocations that are on occasion so bloodthirsty that a human conscience cannot imagine them,” the Russian official insisted. He added that he was referring to the town Bucha and Kiev’s claims that Russian troops had committed war crimes while they controlled it. Moscow has accused Kiev of fabricating the evidence. “It’s clear that Ukrainian ‘specialists’ would not be able to do it with such professionalism. An army of PR companies, TV crews, and information warfare advisers are working for them,” he claimed.

The conflict didn’t come out of the blue, Peskov said, citing that as early as in 2005, when Russia created an English-language news outlet meant to air alternative viewpoints to Western audiences, it was met with resistance. “If you compare RT to the Anglo-Saxon media empire, you’ll see how small it is. But its effectiveness grew because of the alternative viewpoint,” he said. Western dissidents “were not given a platform” in Western media, because “if you go outside the margins there and voice a different opinion, the inquisition comes, just like in medieval times,” he said.

It seems sometimes that the very existence of Russia is a significant irritant to the West and they would do anything not to let us develop in the way we want and live the way we want.