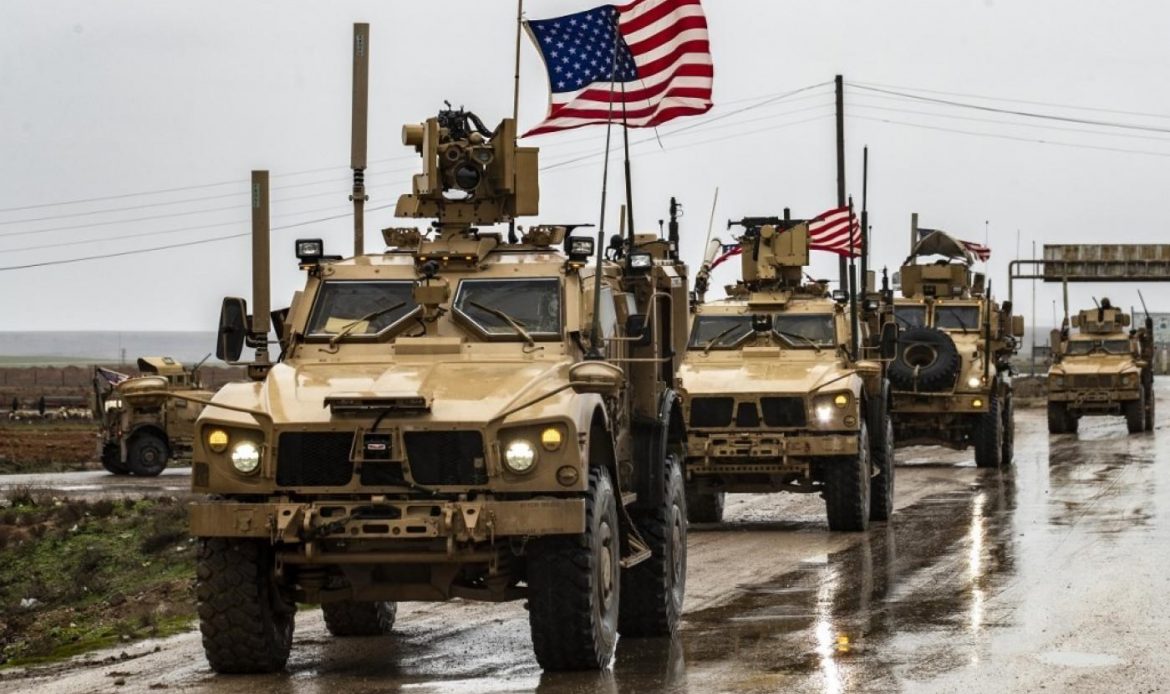 The entry of US military forces into the area west of the Euphrates and the areas of militants affiliated with Turkey is the first of its kind.

Coordination groups close to the parties affiliated with Turkey reported that a US military force, tanks, and cars bearing the American flag, accompanied by Turkish intelligence, entered areas in the northern countryside of Aleppo, which are under the control of the “Euphrates Shield” militants.

Al Mayadeen sources spoke of an intense flight of American reconnaissance planes and helicopters over the northern countryside of Aleppo, in conjunction with the movement of American military vehicles, stressing that the American military convoy entered the camps of the Sujo area, north of the city of Azaz, which is under the control of the “Euphrates Shield” militants on the Syrian-Turkish border.

The sources also confirmed that the region is witnessing a military alert by the Turkish army, which has deployed large numbers of its forces in the region, coinciding with the entry of US military vehicles into it.

According to the sources, the entry of US military forces into the area west of the Euphrates and the areas of militants affiliated with Turkey is the first of its kind.

Al Mayadeen sources said Tuesday, that the US-led international coalition began a new repositioning process in Syria, about two and a half years after former President Donald Trump’s decision to withdraw from Syria.

The sources reported that coalition forces arrived at the Kharab Eshek base in the countryside of Ain al-Arab, northeast of Aleppo, and began a rehabilitation process inside the base.