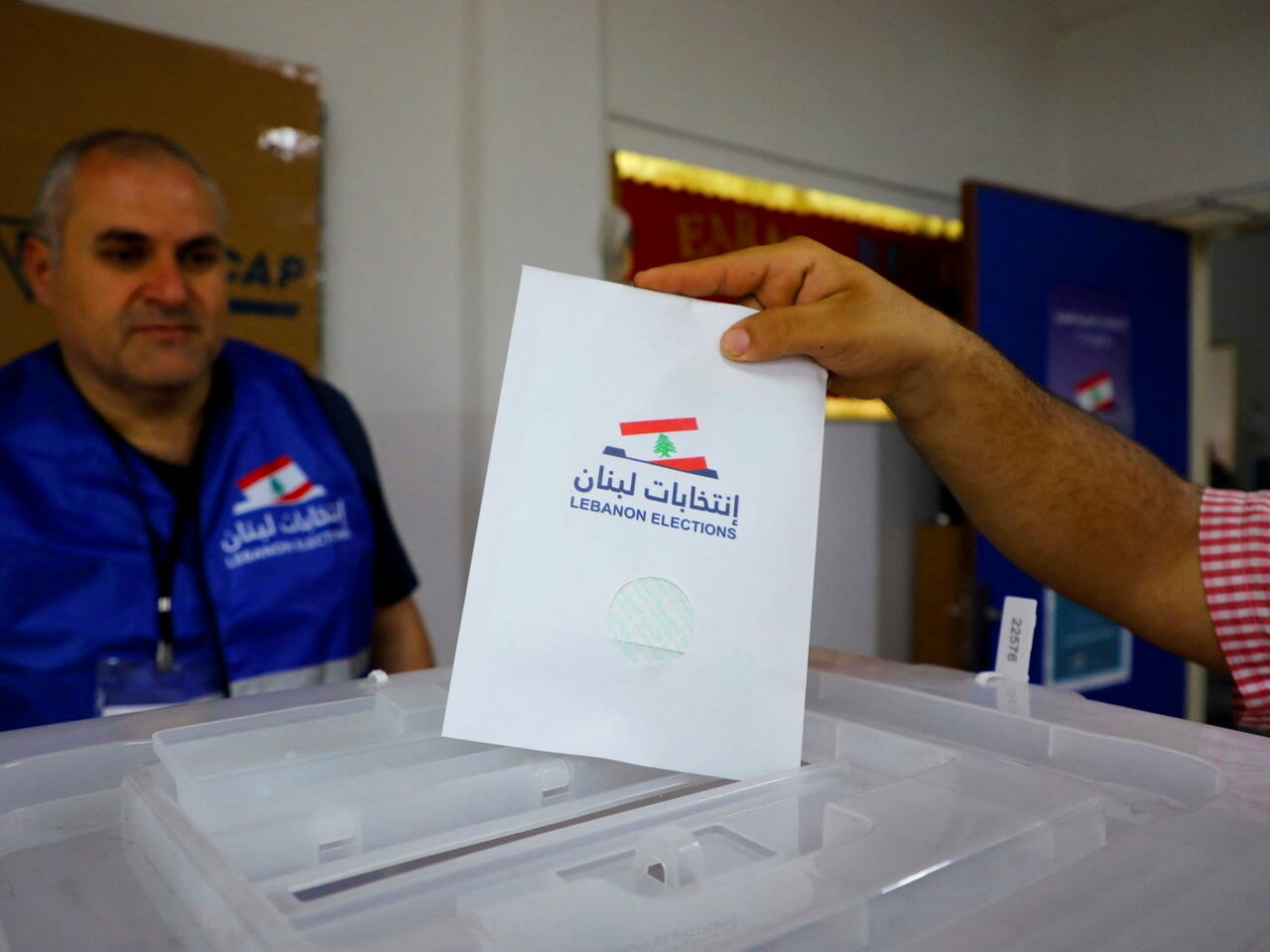 The Lebanese Parliamentary elections were held on May 15, with 128 seats filled in a sectarian voting system unique to Lebanon. The country is suffering from the worst economic crisis in the world in the last 150 years, according to the World Bank. In 2019, street protests began against the political elite, who were seen as corrupt, and the root cause of the country’s political, economic, and social failure.

The Lebanese diaspora is estimated to be as high as 14 million, but only 225,114 had registered to vote in this election. There were 1043 candidates, which included 155 women to fill the seats for a four-year term.

The absence of the Future Movement in this race was a major change, as former Prime Minister Saad Hariri had announced his withdrawal from politics, and his party did not participate in the election.

Former Assistant Secretary of State for Near Eastern Affairs David Schenker participated in a ZOOM symposium for the Washington Institute entitled “Hezbollah-Shia Dynamics and Lebanon’s Election: Challenges, Opportunities, and Policy Implications”.  Schenker openly admitted the dangerous role played by the US administration in causing Lebanon’s economic collapse and maintaining the US financial and economic siege on the country.

The US policy in Lebanon was to create chaos which was to weaken the Lebanese resistance to the occupation by Israel, who is the main US ally in the Middle East.

The Lebanese Association for Democratic Elections said about 80 percent of the population faces poverty as a result of the economic crisis. Candidates and party supporters have been accused of trying to buy their way to victory by offering cash bribes to undecided voters. Paying for votes appears commonplace in the electoral districts where competition is fierce, especially Beirut I, Beirut II, Zahle, Keserwan, Jbeil, Batroun, Koura, Bsharri, Zgharta, and Chouf Aley.

The political elite, otherwise referred to as the traditional parties, were collectively the biggest losers in the election.  Fouad Siniora, who is well known for being accused of corruption, and had served for years as a minister as well as Prime Minister in the past, was a big loser in this election.  Perhaps, the biggest loser could be identified as Prince Talal Arslan, who had served for 30 years in parliament.

Samir Geagea, of The Lebanese Forces, emerged with the largest number of deputies and is now the largest Christian party in parliament for the first time. Geagea is famous for having been convicted of the 1994 bombing of a Maronite Christian church–which killed 11 people, and the coldblooded slaying of a rival, former militia leader Dany Chamoun, his wife, and two young sons in 1990.

The winners in this election were the new faces, ready to bring the demands of the 2019 protest movement to the chamber floor, and chosen by the voters to serve in response to years of corruption by the political elite, who were shocked by the outcome of this election.

Equally important, is to choose a Prime Minister, and this must be done by a consensus of the majority; however, a majority may not exist.  In that case, no government can be formed.  It may come down to regional powers forcing an acceptable choice to be made.

In October, President Michel Aoun’s term will expire. This vacancy will leave a gap in the government.  There is a distinct possibility arising, in which Lebanon has no President, nor a  government for months, and maybe longer. The reason would be there could be no majority in the Parliament, which would result in no consensus on who should be President of Lebanon.  However, that deadlock could be solved by the intervention of foreign powers; such as France, the US, or Saudi Arabia.

Hezbollah and their allies lost their parliamentary majority. Hezbollah, and its ally Amal, have won all 27 seats allotted to the Shiite sect.  They received more than 350,000 votes from Shiites, which means the Shiite community still supports Hezbollah and is still committed to resistance to the Israeli occupation. This furthermore means, there are no seats in the Parliament that are Shiite, but against Hezbollah.  The US has had a plan to turn Shiites against Hezbollah, but the plan has failed to produce results.

Hezbollah might not enjoy a majority in domestic politics, but they do hold the majority in the area of national defense.

About 12 seats went to new candidates who are young people seeking change and are not affiliated with the political elite, or the older traditional parties.  But, can they affect a change?

If these new fresh faces in the Parliament, who are not tied down to corrupt practices, can unite then they stand a small chance of in succeeding effecting necessary changes in Lebanon.  However, we can’t forget that as much infighting there has been among the traditional parties, at the end of the day they have been able to hammer out deals behind closed doors to solve issues and deadlocks.  The question will be, if these new members of Parliament will be capable of unity, and negotiating tough issues. Experts anticipate the new legislative body will be fractured and passing needed bills will be a struggle.

It will be very difficult to remove Riad Salameh from his position as Governor of the Central Bank of Lebanon because the ‘Lords of Corruption’ is protecting him. The US Ambassador to Lebanon, Dorothy Shea, said, “…any political retaliation against the Governor of the Banque du Liban, Riad Salameh,” will have major consequences.

Lebanon’s financial prosecutor, Judge Ali Ibrahim, decided to retract Salameh’s subpoena, and the Judge’s action was based on not only personal or internal considerations but also on the US intervention to protect Salameh.

Ambassador Dorothy Shea also told OTV it was a mistake to scapegoat any one person or institution for Lebanon’s economic collapse in response to a question about the role of central bank Governor Riad Salameh, who she said: “enjoys great confidence in the international financial community”.

Despite the US government’s support of Salameh, France, Germany, and Luxembourg have seized properties and frozen assets worth 120 million euros ($130 million) in a major operation linked to money laundering in Lebanon which belongs to Salameh and his family.

The new Parliament may take action against Riad Salameh, to calm the Lebanese street soon. The corrupt political elites will do so to protect themselves, and they will offer up Salameh as the sacrificial lamb, to pay the price of all.

Lebanon’s electrical grid has collapsed and many have no access to electricity for daily life.  A plan was devised to use the existing Arab Gas Pipeline, from Egypt to Lebanon, to deliver fuel to be converted into electricity.  Even though part of the pipeline runs through Syria on its way to Lebanon, the US Ambassador to Lebanon had supported the plan.

Two Egyptian and Jordanian diplomats visiting Washington, in connection with the proposed use of the Arab Gas Pipeline, pressed President Joe Biden’s administration for further assurances they would not be affected by the sanctions but failed to receive them.  The Republican party could take control of Congress in the November midterm elections, and that would prevent any exemptions to the sanctions to help Lebanon.  Republicans in Congress have sent a letter to Secretary of State Antony Blinken saying that the proposed pipeline would violate the sanctions against Syria.  The US Republican party flexes its muscles in Lebanon to deprive the Lebanese people of turning on a light in their own homes.