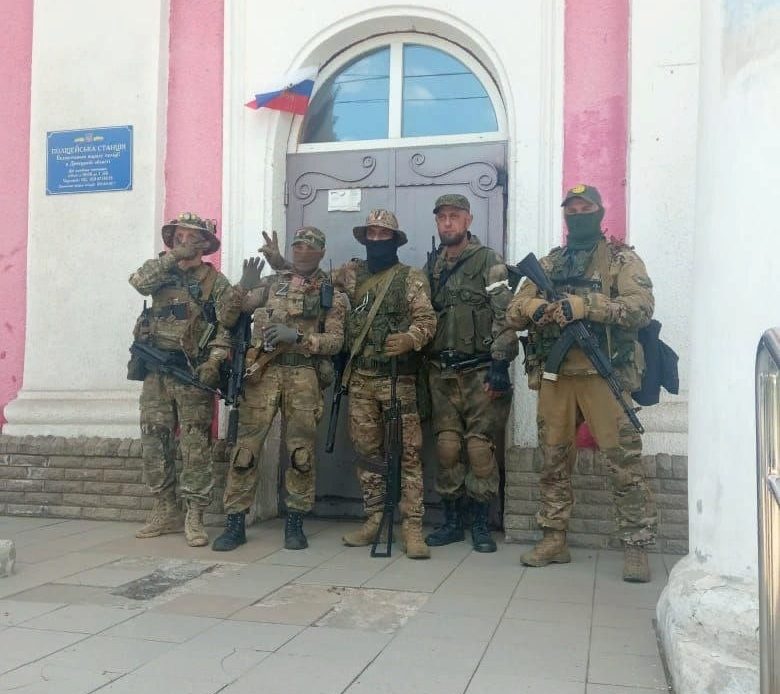 On May 23, Russian-led forces claimed control over the village of Troitskoe and the Mironovsky district on the outskirts of the city of Svetlodarsk. The reports were supported by the photo of the Russian servicemen near the police station in Mironovsky.

The recent advance of Russian-led forces allowed to establish fire control over the over the Artemovsk-Svetlodarsk highway, threatening the Ukrainian military columns.

There were still no confirmation of the DPR control of the village of Vozdvizhenka located on the northern outskirts of Svetlodarsk. Some clashes likely continue in the area.

The city of Svetlodarsk remains under the control of the Ukrainian Armed Forces (AFU). According to various estimations, the AFU grouping of about 2 000 servicemen was deployed in the area.

At the same time, after the loss of the village of Troitskoe, Ukrainian forces reportedly partially withdrew from the city towards the city of Bakhmut (Artemovsk). During their retreat, the Ukrainian military blew up the bridge over the Lugan River. The bridge in question was likely located on the M-03 road between the city of Svetlodarsk and the Mironovsky district.

The destruction of the bridge leave the remaining AFU forces doomed in the city.

The AFU are still deployed near the local dam and hold control over the Uglegorskaya GRES located in the north-eastern part of the city.

The Investigative Committee of the Russian Federation has previously launched an investigation on the mining of the Uglegorsk power plant dam. In case of destruction of the dam, settlements located nearby with a total population of more than 15 thousand people may be flooded.

In Svetlodarsk, local residents were advised to leave the city and nearby settlements.