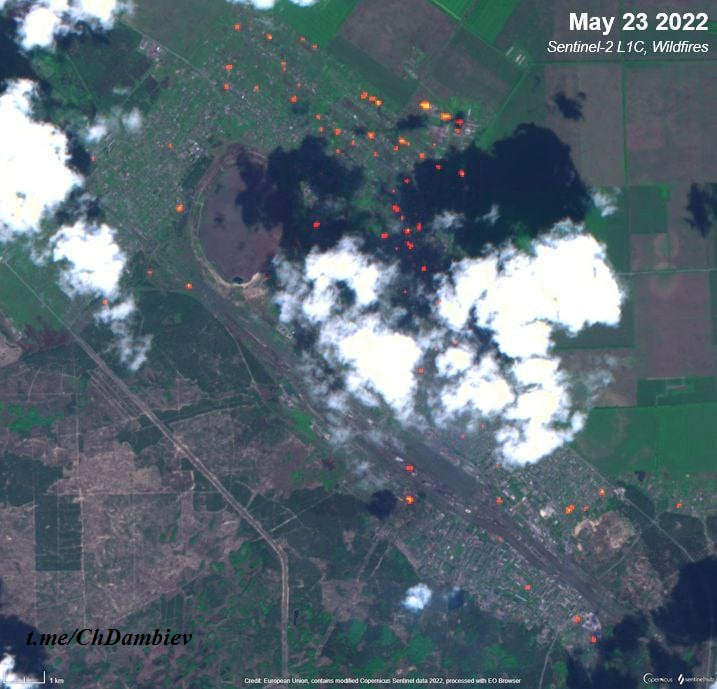 On May 23, Russian-led forces launched an assault on the town of Liman in the Donetsk People’s Republic. The Russian Army broke through a heavily fortified area of the Armed Forces of Ukraine and entered the town from the north-eastern direction from the stronghold in the settlement of Stavki.

The assault began at night when Russian MLRS massively shelled the AFU positions on the outskirts. The Russian Ministry of Defence confirmed that last night, an ammunition depot in the Liman area of the Luhansk People’s Republic was destroyed.

Later in the morning, armored vehicles went on the offensive, infantry broke into the trenches of the AFU, seizing their military positions. Ukrainian troops were forced to retreat to the city.

As a result of the street fighting, the AFU units leaved the northern and western parts of the town and crossed the railways located on the western outskirts.

Most of the streets are currently under the LPR control. According to Ukrainian sources, the control of the Russian military on Podstepnaya, Kazatskaya and Yubileynaya streets was confirmed by the midday. The advance of Russian-led forces continued. Checkpoints have already been established in the northern district of the city, the Armed Forces of the Russian Federation are checking documents of the local residents.

Judging by the footage from the town, the AFU artillery is massively shelling on the advancing troops of the enemy and cover the Ukrainian withdrawal. As a result, the civilian infrastructure is heavily damaged. According to some reports from the field, the notorious US-made M777 howitzers are also deployed with the AFU units in the area.

The city was called Krasny Liman (Red Liman) until 2014. Then, amid the ongoing decommunization in Ukraine, it was renamed to Liman. As soon as the DPR takes full control over the town, the name will be changed back, according to the decree of the head of the Donetsk People’s Republic.