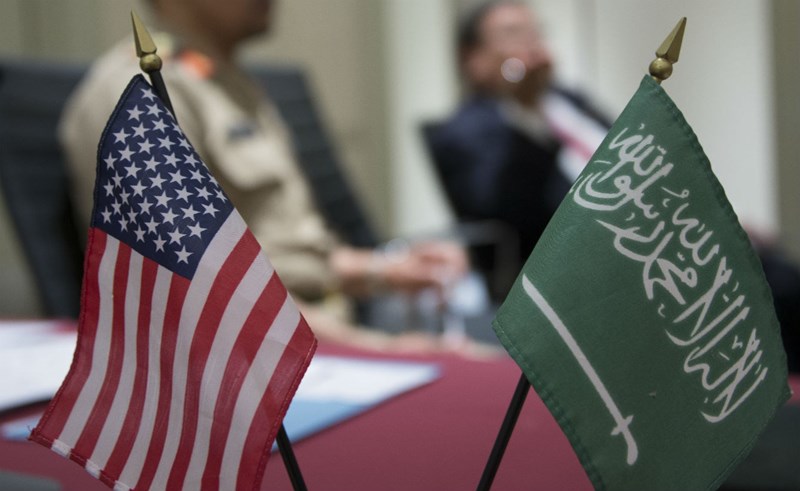 The potential agreement reportedly aims to increase oil production; it also attempts to strengthen bilateral ties between Washington and Riyadh.

Two of US President Joe Biden’s senior advisers are on a secret visit to Saudi Arabia to discuss a possible agreement between Saudi Arabia, “Israel”, and Egypt, Axios reported.

The agreement reportedly aims to increase oil production; it also attempts to strengthen bilateral ties between Washington and Riyadh, according to three current and former US officials.

Relations between Saudi Arabia and the US have been lately strained over a number of issues, most notably the kingdom’s abysmal human rights record and the murder of Washington Post columnist Jamal Khashoggi.

However, the US’ thirst for oil mainly drives its foreign policy, turning a blind eye to the fact that US intelligence says Saudi Crown Prince Mohammed bin Salman is responsible for the murder of Khashoggi.

The Biden administration has long been requesting that the Saudi government increase oil production in order to lower gasoline prices ahead of the midterm elections and to push for a slew of sanctions against Russian oil in the midst of the ongoing war in Ukraine. However, the Saudis have not shown any interest in it thus far.

The White House did not respond. A State Department spokesperson commented that there is “no official travel to announce at this time.”

Oil is not the sole drive behind the secret visit, as the US also wants to make its closest ally in the Middle East, “Israel” happy. To do that, the US administration has been mediating negotiations to cede the very strategic islands of Tiran and Sanafir to Saudi Arabia, which claimed ownership of them before 1950, the year when Riyadh gave Cairo authority over them.

An earlier Axios report revealed that If negotiations between the US, “Israel”, Saudi Arabia, and Egypt are successful, it will pave the way for the normalization of relations between “Israel” and Saudi Arabia.

Earlier, five Israeli sources told Axios that a predeterminant for the coming normalization process is the transfer of authority of the two islands from Egypt to Saudi Arabia. Although the island has been demilitarized as per the 1979 Egyptian-Israeli normalization agreement, it holds significant strategic importance, as it engulfs the passage into the Red Sea, up to “Eilat,” “Israel’s” bound-to-boom economic and trade hub, in addition to the port of Aqaba in Jordan.

For a long time, “Israel” has been working on assuming its authority over the Red Sea. It used the war on Yemen to assume authority over the Strait of Bab Al-Mandeb by constructing military bases and planting authority in Eritrea and Socotra. The occupation has also been looking to construct the “Ben Gurion” Canal, which connects the Red Sea to the Mediterranean, right through “Eilat”.

“We have always seen normalization as the end result for a path. Normalization between the region and Israel will bring benefits but we won’t be able to reap those benefits unless we are able to address the issue of Palestine,” bin Farhan claimed.

“The fact it remains unresolved continues to bring significant instability to the region. The priority needs to be how to push the Israeli-Palestinian peace process and if it happens it will benefit the whole region,” he added.

On a different panel at the Davos conference, Israeli President Isaac Herzog stated that Saudi Arabia is an important country and that “Israel” would like to join the normalization agreements.

“But it’s a process and it takes time,” he said.