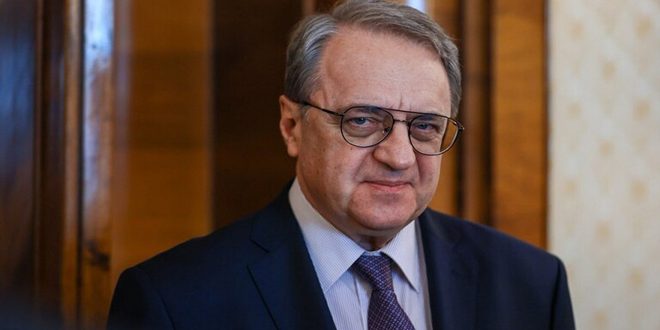 Bogdanov: We hope for progress in upcoming talks on Syria in the (Astana) format

The Special Representative of the President of the Russian Federation for the Middle East and African Mikhail Bogdanov expressed his country’s hope for real progress in the next meeting of talks on Syria in the “Astana” format, which will be held from June 14 to 16.

Russia Today quoted Bogdanov as saying that “the new meeting in Nur-Sultan is very important in order to discuss what must be done to expedite these processes and secure the future of the Syrians and the future of all of us from potential threats by terrorists.”

Bogdanov also made it clear that a full set of issues that will be discussed on the agenda of the Astana talks, stressing that they will all be addressed.

Spokesman for Kazakh Foreign Ministry, Ipek Smadyarov, announced on Tuesday that the next meeting of talks on Syria in the “Astana” format will be held in the capital, Nur-Sultan, in mid-June.